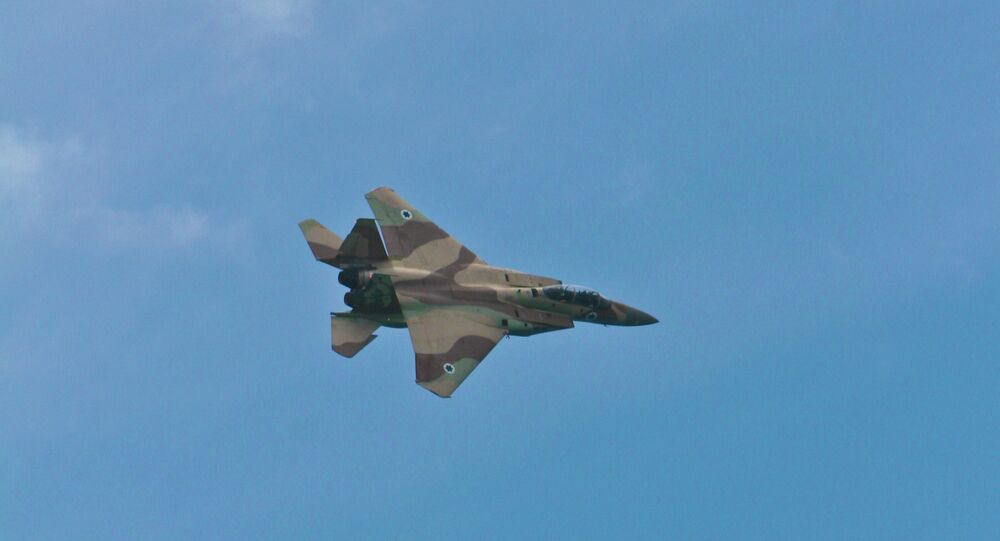 An Israeli military plane carried out an airstrike on the Syrian government forces stationed in the western countryside of Damascus near the Lebanese border.

According to a Syrian Army source, the attack targeted the Jard Nalhleh area of the Qalamoun Mountains. Information about casualties is being verified.

A month ago, Israel bombed a military airport near Damacus. A Syrian official told Sputnik that it was done "to encourage and support terrorists". Damascus vowed repercussions.

© AP Photo / Ariel Schalit
How Territorial Dispute With Israel Could 'Kill the Peace Process in Syria'
In early February, an Israeli helicopter reportedly fired at Syrian government forces' positions in the province of Quneitra in southern Syria, after a shell landed in the Golan Heights.

The Golan Heights, internationally recognized as Syrian territory, was seized by Israel during the Six-Day War in 1967. In 1981, the Israeli parliament voted to annex two-thirds of the region. The United Nations has repeatedly stated that Israel's occupation of the Golan Heights is illegal, calling for it to be returned to Syria.