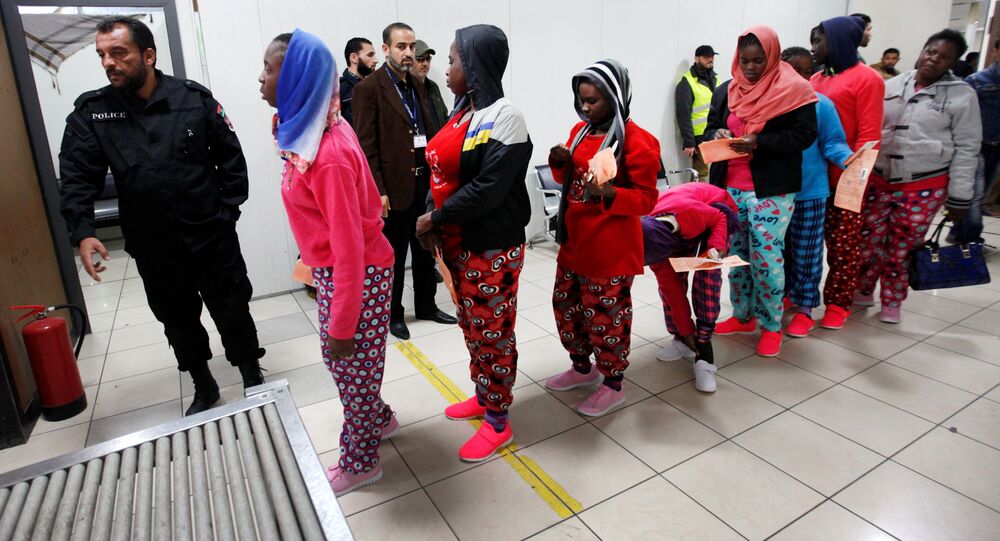 An internal report from the European Union Libya Border Mission has offered a desolate vision of the country's condition - while thorough and lurid when it comes to contemporary detail, the study is oddly deficient when it comes to discussing how the North African state arrived at this sorry state of affairs.

The paper is primarily concerned with discussing the viability (or lack thereof) of EU plans to pump money into the state to stem the flow of refugees and migrants across the Mediterranean, with €200 million (US$211m) spent on setting up refugee camps and boost its coast guard facilities.

With around 180,000 people exiting Africa via the Libyan coast to reach Italy annually, the EU hoped it could quell the deluge at source. However, Libyan border management and migration is carried out by the Ministry of the Interior, the Ministery of Defense, and the Ministry of Finance — and the report finds each institution is suffused with "militias and religiously motivated stakeholders."

The department charged with combating illegal migration, counts many militia members among its staff. Moreover, the country has "little or no control" of its armed forces, and no more than a third of the 49,000 individuals working across the three bodies are trained professionals. Some of these militias, the report notes, have been involved in the trafficking migrants for their organs.

Libyan society is comprehensively blighted with security issues, with "carjackings and shootings" in broad daylight — a common occurrence in Tripoli, and human rights defenders, journalists and judges under constant threat of kidnapping and death. Much of the killing, the report states, is carried out by government forces or armed groups, and this is "tolerated by the government."

Women won't approach the police out of a fear that "they could be murdered or raped." The main police force in Tripoli is comprised largely of "legalized" armed groups, and the National Police "is dysfunctional, understaffed and under-equipped."

The criminal justice system has disintegrated, with prosecutors and staff the target of threats and killings. The situation has gotten so dreadful, the United Nations Refugee Agency (UNCHR) refuses to dispatch staff to the country.

The report ends with a lengthy list of recommendations for rectifying the issues preventing the EU's desired refugee stoppage policy being effectively implemented. However, consideration of how Libya's current state came into being is entirely absent from the 59-page record.

If the report was to honestly assess the root of Libya's woes, it would arguably conclude the countries bemoaning the breakdown of law, order and civil society in Libya are the very ones responsible for it — and the refugee crisis they are so eager to subdue.

Prior to Operation Unified Protector — the 2011 NATO "humanitarian intervention" in Libya, led by the US, UK and France — Libya was the richest country in Africa, a beacon of stability in a volatile continent.

Despite fawning proclamations from Western politicians and media that a new era of human rights and democracy had dawned, the country quickly descended into chaos. By September 2014, Parliament had fled the capital, and certain areas of Libya had become Daesh strongholds. Not long after, the country's macabre condition was unambiguously underlined by an Amnesty International report, which concluded that:

Rhiannon Smith, Managing Director of Libya-Analysis and Deputy Director at EyeOnISISinLibya.com, says the EU's main aim now should be to deescalate the conflict.

"Currently, the situation is volatile, and it could worsen and spread across the country. Repairs and maintenance and infrastructure development are vital, but funding must be channeled to the right places. It's currently very difficult for external actors to know where aid is going. There needs to be greater engagement, and different ways need to be found to stabilize the country," Ms. Smith told Sputnik.

"There needs to be more engagement with Libya, and assistance in bringing disparate forces under central government control. How the EU has dealt with the crisis has been short-sighted. Stopping migrants from Libya is a short-term solution — the problem needs a long-term global solution."