Libya, previously described by western mainstream media as “Gaddafi's military dictatorship”, was ‘successfully’ toppled back in 2011 “to pave the way to true democracy.” And while the same very media now demands the ousting of President Assad in Syria, let’s have a look at what both Libya actually lost, and what it never had. 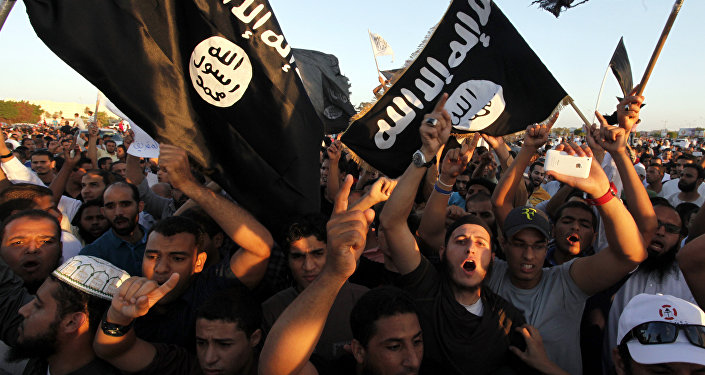 According to the United Nations Development Program (UNDP), prior to the US-led bombing campaign in 2011, it had the highest Human Development Index, highest GDP per capita, the lowest infant mortality and the highest life expectancy in all of Africa.

“With life expectancy at birth at 74.5 years, an 88.4% adult literacy rate and a gross enrolment ratio of 94.1%, Libya was classified as a high human development country among the Middle East and North Africa region,” according to 2010 UNDP report.

© AP Photo / Hassan Ammar
A woman mourns for the Egyptian Coptic Christians captured in Libya and killed by militants affiliated with the Islamic State group, outside of the Virgin Mary church in the village of el-Aour, near Minya, 220 kilometers (135 miles) south of Cairo, Egypt, Monday, Feb. 16, 2015

“During the NATO bombardment of Libya, western media conveniently forgot to mention that the United Nations had just prepared a lengthy dossier praising Mr. Gaddafi’s human rights achievements,” Professor Garikai Chengu, a scholar of Middle Eastern affairs at Harvard University, wrote in his article for the Foreign Policy magazine back in 2013.

“The UN report commended Libya for bettering its “legal protections” for citizens, making human rights a “priority,” improving women’s rights, educational opportunities and access to housing. During Mr. Gaddafi’s era housing was considered a human right. Consequently, there was virtually no homelessness or Libyans living under bridges,” he added. 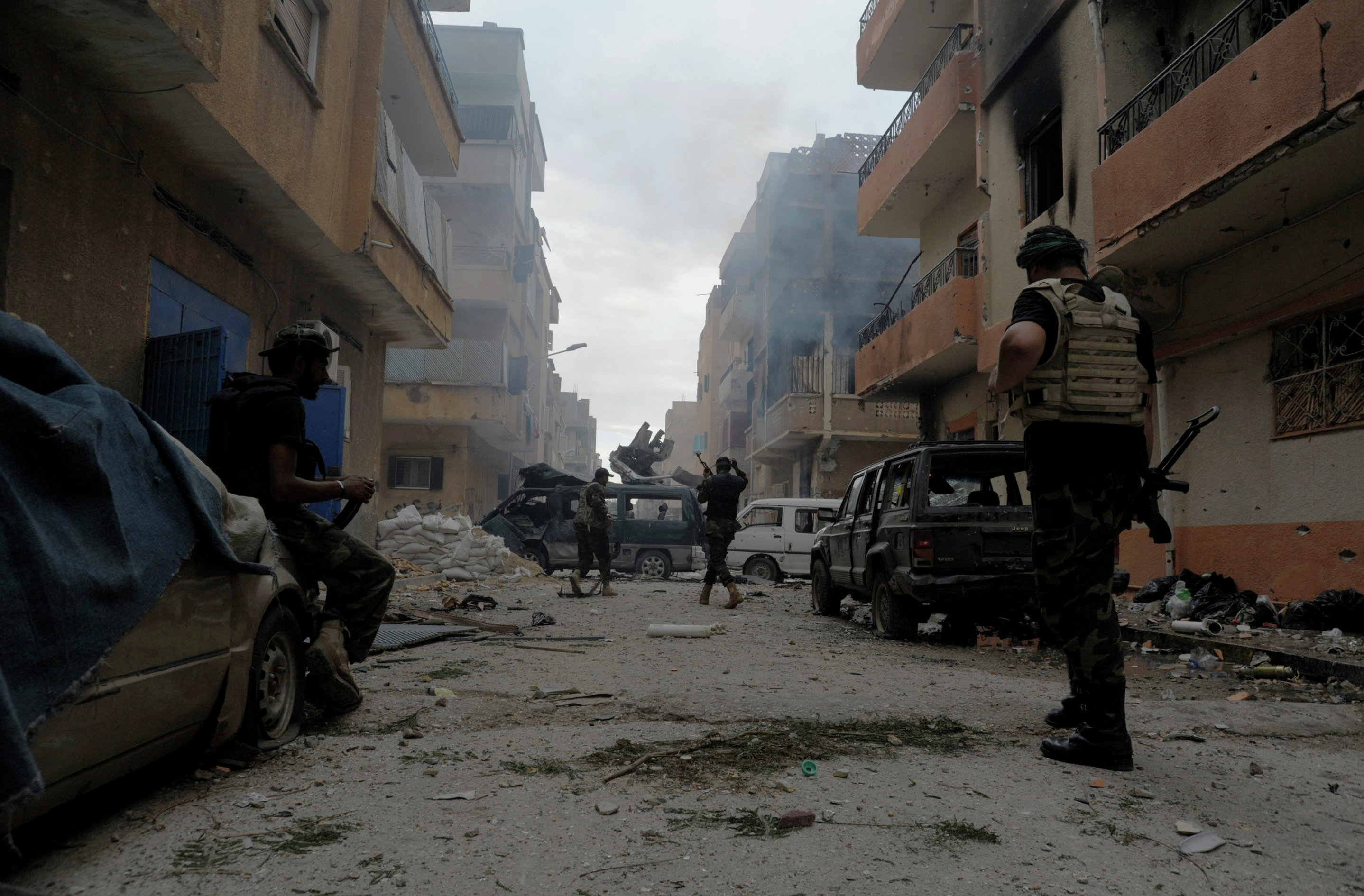 And less people lived below the poverty line than in the Netherlands.

“How many Libyan homes and bridges did NATO destroy?” the author then questioned.

“Unlike many other nations in the Arab world, women in Libya had the right to education, hold jobs, divorce, hold property, and have an income.”

“One of the first laws Mr. Gaddafi passed in 1970 was an equal pay for equal work law, only a few years after a similar law was passed in the US.”

“Under Muammar Gaddafi, education was a human right and it was free for all Libyans. If a Libyan was unable to find employment after graduation the State would pay that person the average salary of their profession,” Chengu said.

“Isn’t it ironic that America supposedly bombarded Libya to spread democracy, but increasingly education in America is becoming a privilege, not a right, and ultimately a debt sentence?” he questioned.

If a bright and talented child in the richest nation on earth cannot afford to go to the best schools, he further explained, society has failed that child. In fact, for young people the world over, education is a passport to freedom. Any nation that makes one pay for such a passport is only free for the rich but not the poor.

Libyans did not only enjoy free health care and free education, the author added, they also enjoyed free electricity and interest free loans. The price of petrol was around $0.14 per liter and 40 loaves of bread cost just $0.15.

With the above in mind, here are some extracts from the Human Rights Watch watchdog 2015 report on Libya, which clearly illustrate how the once prosperous country has declined into chaos. 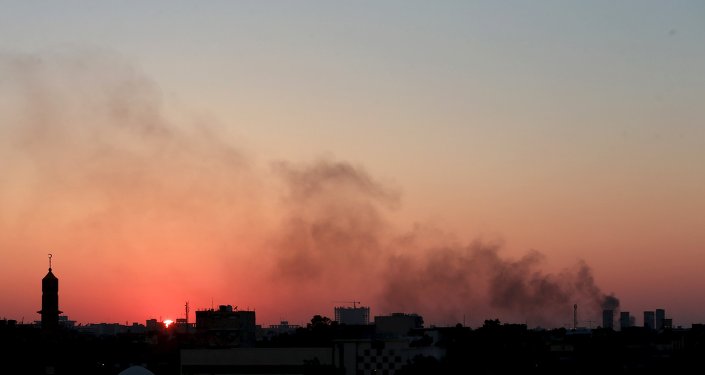 © REUTERS / ESAM OMRAN AL-FETORI
Renewed Violence: Civil War in Libya May Flare Up Again
“The fighting caused widespread destruction of property, and civilian injuries and deaths. Around 400,000 were internally displaced in Libya, including about 100,000 residents of Tripoli. Another 150,000 people, including foreigners, fled Libya. Most foreign embassies, the United Nations, the International Committee of the Red Cross (ICRC), and international agencies withdrew their staff and closed their missions in July,” the report states.

“Militias attacked, threatened, assaulted, or arbitrarily detained journalists, judges, activists, politicians, and ordinary citizens with impunity. Lack of protection for the judiciary resulted in a near breakdown of the justice sector in cities such as Tripoli, Benghazi, Sirte, Sebha, and Derna.”

“Libya’s justice system suffered serious setbacks. Militias attacked judges, prosecutors, lawyers, and witnesses, causing the closure of courts and prosecutors’ offices in Benghazi, Derna, Sirte, and Sebha, and a near breakdown of the justice system. The Justice Ministry in Tripoli shut down in July due to the fighting there.”

© AFP 2019 / Abdullah Doma
Lawless Libya: Western Governments Will Be Forced to Look Back
“Amid the breakdown of law and order and in the prevailing climate of impunity, women continued to suffer from discrimination. Some armed groups imposed restrictions on women based on their ideological beliefs. Guards harassed university students in Tripoli for refusing to wear the hijab. Some women faced harassment while attempting to travel out of Libya without a male guardian.”

“Record numbers of migrants and asylum seekers embarked on the perilous sea journey from Libya to Europe with 60,000 reaching Italy alone in 2014. The Italian navy’s large- scale rescue operation, Mare Nostrum, rescued around 100,000 from unseaworthy boats, but at least 3,000 still perished at sea.”

© Flickr / Thierry Ehrmann
Sirte was once home to Libya's former dictator Muammar Gaddafi before he was killed by a NATO-led rebellion in 2011.

“Organized greed always defeats disorganized democracy. How can capitalism and democracy co-exist if one concentrates wealth and power in the hands of few, and the other seeks to spread power and wealth among many?”

So, if it is not too late, the US should ease its grip on Syria and leave it to the country to decide how “to spread economic power amongst the downtrodden many rather than just the privileged few.”

Crisis in Libya Worsens Despite Referral to ICC

Lawless Libya: Western Governments Will Be Forced to Look Back