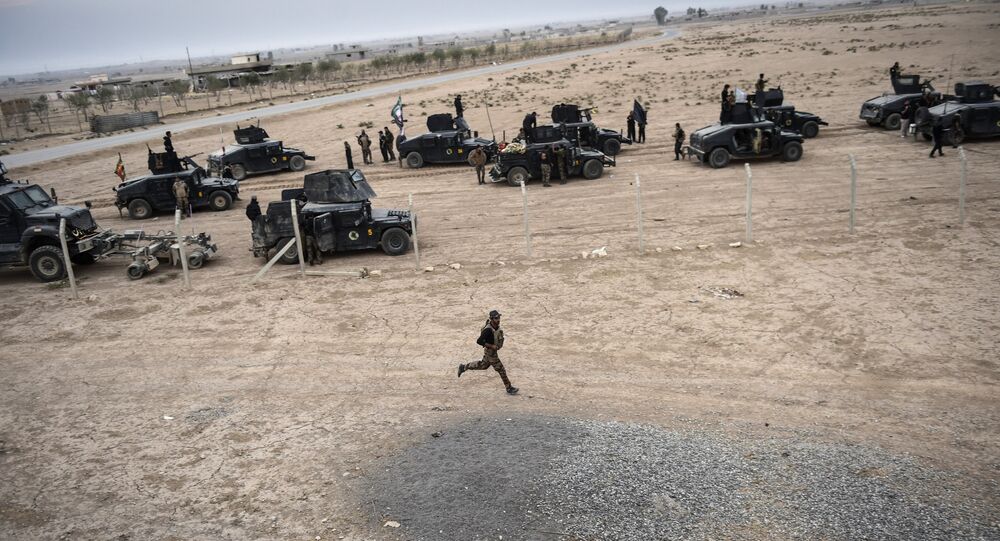 Last week, CNN reported that jihadists had sent hundreds of militants from the de facto Daesh capital of Raqqa, Syria to its stronghold in Mosul. Asked to comment, Popular Mobilization Units spokesman Kareem Al-Nuri told Sputnik that the militia could only wish that this was the case. In reality, he said, the flow has been in the other direction.

© Sputnik / HİKMET DURGUN
Tunnel Visions: Terrorists Attempt to Escape Besieged Mosul Underground
Asked to comment, Karim Al-Nuri, spokesman for Shia militia units participating in the Mosul operation, stressed that if there was a movement of fighters taking place, it was in the other direction, with terrorists leaving Mosul and fleeing to Raqqa.

"We could only hope that a large number of Daesh terrorists arrived in Iraq, so that we could destroy them here and not have to go after them in Syria," Al-Nuri noted. Alas, that has not been the experience of the Shia units, who have taken up positions on the city's western outskirts.

As for the situation inside the besieged Iraqi city is concerned, the spokesman said that Daesh has been forced to regroup its forces from the west to the east, where Iraqi forces recently liberated the Gogjali quarter.

Shia militia forces have not been asked to enter the city proper, Al-Nuri explained. "Our forces will not proceed deep into the city, since the task of the Popular Mobilization Units is to protect the borders of Nineveh province, so that residents of Nineveh can move safely through it."

© AP Photo / Lefteris Pitarakis
Syrian Army Claims US, Saudi Arabia Allow Daesh to Flee From Mosul to Syria
Late last week, Shia paramilitary groups confirmed that they had joined the ongoing battle for Mosul. The militias, partly trained by the Iranian military, are taking part in forming a ring around Mosul, blocking the escape of militants from the west. The western approach is deemed the only humanitarian corridor for civilians seeking to escape the besieged city. It is also the only remaining route Daesh fighters can use to try to flee the city on their way to Raqqa.
...
Reddit
Google+
Blogger
Pinterest
StumbleUpon
Telegram
WhatsApp
225