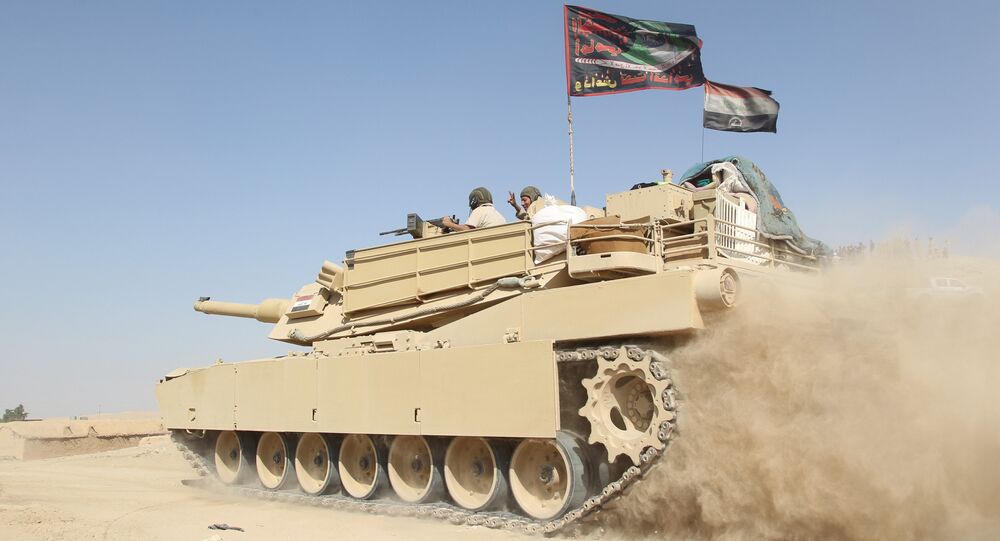 The Iraqi Armed Forces have liberated from Daesh militants Mosul’s eastern Gogjali quarter and the state TV building located in the area, local media reported Tuesday, according to military officials.

© Sputnik / Hikmet Durgun
From Within the Belly of the Beast: Mosul Natives Taking Up Arms Against Daesh
According to the media outlet, the Gogjali quarter was previously outside Mosul, though, it has become integrated into city boundaries due to Mosul's expansion.

The operation to retake Mosul from Daesh, a jihadist group outlawed in Russia and a number of other states, began on October 17. More than 30,000 Iraqi and 4,000 Kurdish fighters are taking part in the offensive, backed by about 5,000 US troops and supported by US-led coalition airstrikes. Mosul has been occupied by Daesh since 2014.