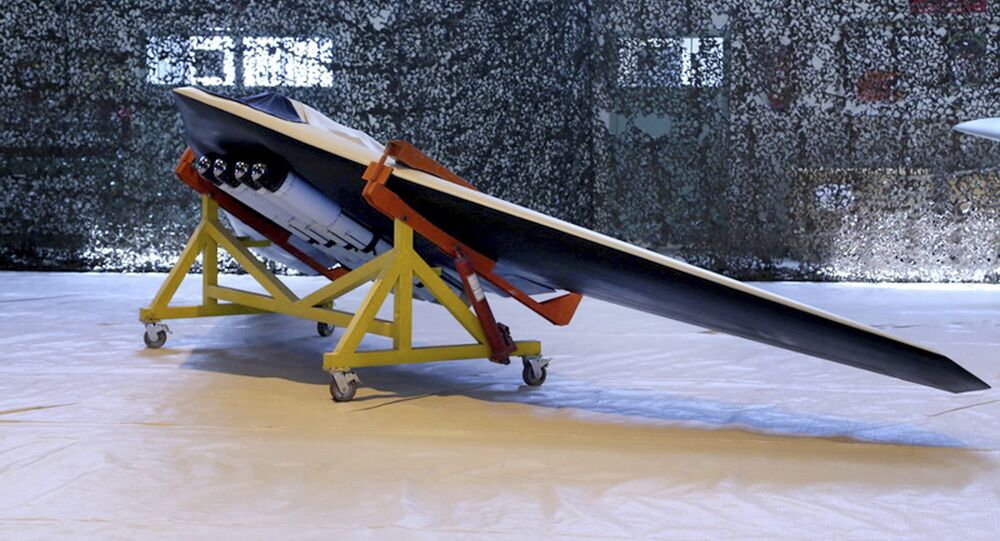 Iran’s military has unveiled its latest drone, and it bears a number of similarities to the American UAV that crashed in the Islamic republic five years ago.

On December 4, 2011, Iranian forces captured a RQ-170 Sentinel drone near the city of Kashmar. While the US government claimed the aircraft was shot down, Tehran said it commandeered the UAV with a sophisticated cyberattack.

Over the weekend, Iran’s Revolutionary Guards revealed its new unmanned aerial vehicle (UAV), and its design appears to be based on the downed Sentinel.

Tasnim news agency reports that the drone has been dubbed the "Saeqeh," or "Thunderbolt," and that it can strike targets with "pinpoint accuracy."

Iran has not given any indication of the aircraft’s other attributes, including range.

While the United States initially denied that its Sentinel had been downed, the Obama administration later acknowledged the incident and requested the drone’s return.

"We’ve asked for it back. We’ll see how the Iranians respond," President Obama said at the time.

"Instead of apologizing to the Iranian nation, it [the US] is brazenly asking for the drone back," then-Iranian Defense Minister Ahmad Vahidi said, according to the Telegraph.

"[Iran] will not back down from defending the nation or its interests."

The unveiling was accompanied by the release of photos that showed a number of US and Israeli UAVs captured by the Revolutionary Guard Corps. This included a General Atomics MQ-1C "Grey Eagle," an AAI RQ-7 Shadow 200, and an Israeli Hermes 450.

"Iran now has a broad range of UAVs which can be used for both civilian and military purposes," Tasnim reported.