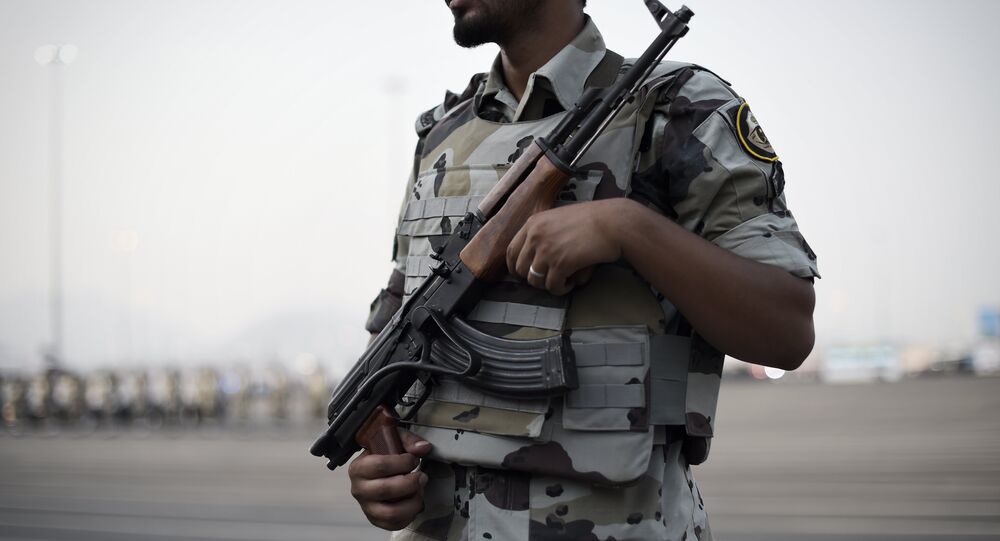 Following a push by US senators to block the latest sale of arms to Saudi Arabia, Washington announced that it is withdrawing dozens of advisers assisting with Riyadh's military campaign in Yemen. The decision comes amid growing pressure in the US and UK to reduce its support of the Gulf kingdom.

Fewer than five advisers from an initial 45 will remain in the US "Joint Combined Planning Cell," created to assist Saudi forces with its military offensive in Yemen.

While US officials have denied the decision was made in light of growing concerns over civilian casualties and the humanitarian impact that the military bombardment was having in Yemen, Pentagon spokesperson Adam Stump turned his attention to Saudi practices during the conflict.

​"Even as we assist the Saudis regarding their territorial integrity, it does not mean that we will refrain from expressing our concern about the war in Yemen and how it has been waged," he said.

"In our discussions with the Saudi-led coalition, we have pressed the need to minimize civilian casualties."

The decision to scale back American cooperation comes amid ongoing criticism of the continued US and UK support of the Saudi government's airstrike campaign.

Aid agencies estimate that 6,500 people have been killed during the 17-month long conflict, while there are also concerns about the long-term humanitarian affects, with 3 million Yemenis fleeing their homes and an estimated 80 percent of the population in need of aid.

​Many critics in the West have accused Washington and London of complicity in the death and injury toll due to their continued sale of arms, political and logistical support to Riyadh, which has led to a backlash on both sides of the Atlantic.

US Senators Rand Paul and Chris Murphy have hinted they will work to block Washington's possible sale of $US1.5 billion worth of weapons to the Gulf kingdom amid human rights and humanitarian concerns.

​"I will work with a bipartisan coalition to explore forcing a vote on blocking this sale," he said a statement to Foreign Policy magazine earlier this month.

Meanwhile in the UK, the British government is also facing a backlash over its continued support for Saudi Arabia, with the UK High Court to hear a case brought forward by the Campaign Against Arms Trade (CAAT), who have called for London to halt all arms sales to Saudi Arabia amid concerns over breaches in international law.

​The opposition Labour party, under Jeremy Corbyn, has taken a much harder line on the Conservative government for their close relations with the Saudis, with calls for London to publicly criticize Riyadh over its execution rate and military campaign in Yemen.

The political and grassroots pressure to scale back relations with the Gulf kingdom also led Britain to ditch a multimillion dollar bid to provide a training program for the Saudi prisons system last year, sparking a brief diplomatic crisis with Riyadh.