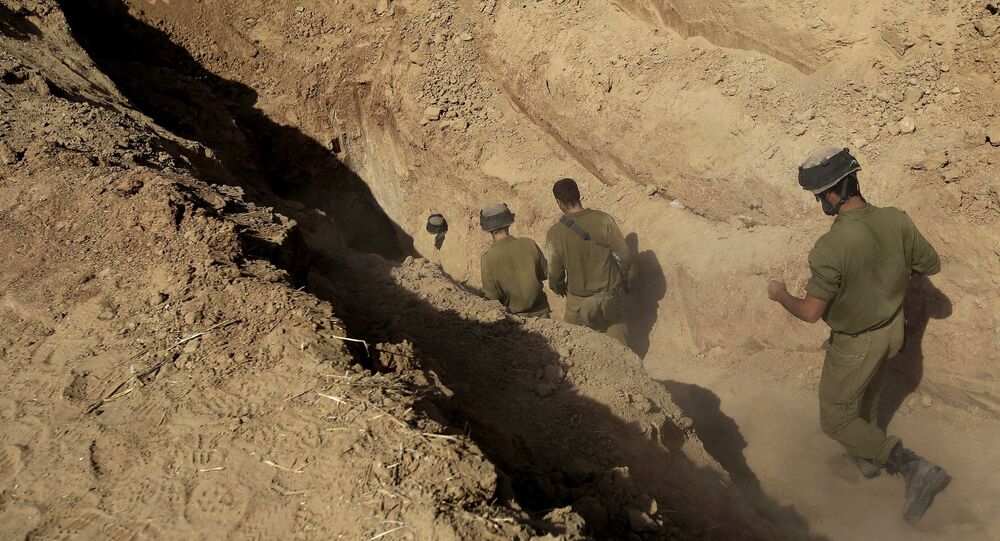 In an effort to keep Hamas from tunneling into the country, Israel will seek funding from a familiar ally.

"The search for tunnels is at the top of our priority list…and we will not spare any efforts," Israeli Defense Minister Moshe Ya’alon said on Monday, according to Defense News.

The Israeli government launched an extensive operation to root out tunnels along the Gaza border two months ago. One has been destroyed, and intelligence services discovered a new tunnel last week.

"It was fully equipped with electricity, communications, air filtration and transport rails…big enough for a grown man to stand with weapons, RPGs and more," Lt. Col. Peter Lerner, a spokesman for the Israel Defense Forces (IDF), according to Defense News.

"The operation had been ongoing for about two months. The working assumption is there are more."

While Israel has spent over $60 million on anti-tunnel efforts over the last five years, it hopes the United States will contribute over twice that amount over the next two years.

"Dealing with the phenomenon of tunnels is very complex, and the state of Israel is a world leader in this field. This battle demands from us persistence, creativity, and also responsibility and good judgement," Ya’alon said.

"Hamas has experienced the phenomenon of collapsing tunnels, diggers that are killed during their work and now this discovery. Nevertheless, we don’t delude ourselves that Hamas will draw conclusions, cease this activity and make itself available to improve the quality of life for the citizens."

The US Congress voted in December 2015 to provide Israel with $40 million for anti-tunneling efforts. Israeli defense officials will push for another $40 million, according to sources speaking to Defense News on condition of anonymity.

"The ugly truth is that Hamas continues to invest millions of dollars to build tunnels of terror and death. The tunnel uncovered in Israel demonstrates once more Hamas’ warped priorities and continued commitment and investment in tools and violence," Lerner declared.

On Monday, Hamas released its own statement regarding the recently destroyed tunnel.

"The preparation for war continues in all arenas, and what the enemy uncovered today is but a drop in a sea of moves the resistance has prepared in order to protect its people, free its prisoners and liberate its land," the statement reads, according to Ma’an news agency.

Israel Divided Over Manslaughter Charge for Soldier Who Killed Palestinian