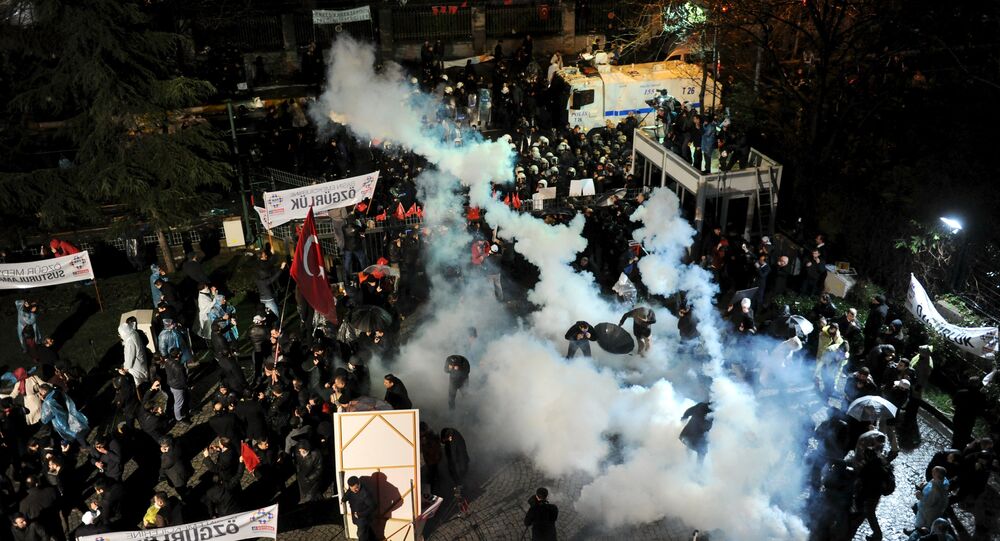 ​Protests followed a court ruling on Friday that the high-circulation newspaper would be taken over by government-run administrators. The court’s decision came with no explanation.

The seized newspaper, Zaman Daily, is closely linked to the Hizmet movement of the influential US-based cleric, Fethullah Gulen.

The attack on the Zaman newspaper protesters comes as the Turkish government falls under increased international criticism for its attempts to crack down on journalistic dissent.

The protesters denounced the state takeover of Zaman press. One protester carried a placard stating, “We will fight for a free press.” The peaceful protesters were quickly shot with a water cannon and tear gas by Turkish police in an attempt to force them to disperse.

In response to the country’s planned seizure of the media outlet, a spokesperson for Zaman commented earlier Friday that Turkey is going through its “darkest and gloomiest days in terms of freedom of press.” The editor-in-chief declared that the move by the Turkish government represented nothing short of “the practical end of media freedom in Turkey.”

The US State Department maintains that Turkey is a valued ally of the United States and a critical partner in the war against Daesh and other terrorist organizations.

On Friday, however, State Department spokesperson John Kirby said the takeover is “the latest in a series of troubling judicial and law enforcement actions taken by the Turkish government.”

Kirby went on to say that the United States "does not think these actions are in keeping with the healthy democratic values that are enshrined again in Turkey's own constitution."