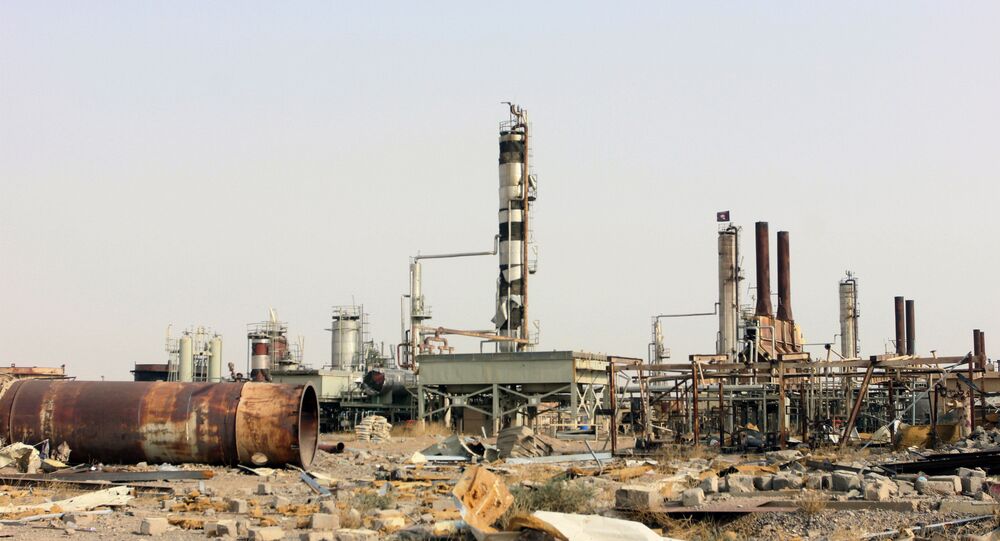 The self-proclaimed Islamic State terrorist group earns millions from its oilfields in Iraq and Syria. Yet, despite over a year of coalition bombing, the group’s crude infrastructure remains largely in place.

Pulling in roughly $50 million a month, crude serves as the Islamic State’s primary source of income. With that kind of money at stake, the terrorist group maintains a vast infrastructure, which includes equipment necessary for extraction, refinement, energy production, and transport.

According to the group’s own finance report, IS employs 275 engineers to operate the various wells, as well as 1,107 workers.

Selling the oil for well below the market value of $50 per barrel, Iraqi and US intelligence officials believe IS to be extracting approximately 30,000 barrels per day in Syria, and between 10,000-20,000 barrels in Iraq.

But the question remains: How, after over a year of the US-led coalition’s bombing efforts, can this advanced infrastructure remain in place?

For one, US officials partially blame regional governments, which they say are directly or indirectly propping up the IS oil market, according to the Associated Press. Much of the group’s equipment comes from neighboring countries, including Turkey.

It also recruits engineers from abroad. According to Hashem al-Hashemi, an Iraqi expert on the terrorist group, IS pays engineers roughly $300 per day, and sometimes as much as $1,000 per day.

In a statement provided to the AP, the office of the Turkish prime minister said it was already working to tighten its border security and "has effectively stopped oil smuggling."

According to Iraqi officials, speaking to the AP on condition of anonymity, IS has also begun adapting to the threat of airstrikes. While oil shipments used to be smuggled in caravans of large tankers, the terrorist have started using smaller trucks that attract less attention.

Because of its cheap prices and stranglehold over local markets, IS has also woven itself into local economies. Many communities in Syria and Iraq, in desperate need of fuel, are forced to conduct business with the organization.

"It’s a situation that makes you laugh and cry," one Syrian rebel commander told the Financial Times. "But we have no other choice, and we are a poor man’s revolution. Is anyone else offering to give us fuel?"

On Friday, the US-led coalition carried out a large-scale airstrike on an oilfield in Syria.

© AP Photo / Militant website via AP, File
No Choice But to Deal With Terrorists: Inside ISIL’s Oil Operation

“It was very specific targets that would result in long-term incapacitation of their ability to sell oil, to get it out of the ground and transport it,” Operations officer Major Michael Filanowski told the Associated Press.

According to him, the strike took out refineries, command and control centers, and transportation nodes. All in all, that could affect the Islamic State’s income by as much as $1.7 million to $5.1 million a month.

But that’s a far cry from the estimated $500 million IS rakes in from crude each year.