On September 10, 2014, US President Barack Obama unveiled a "comprehensive and sustained counterterrorism strategy" to "degrade, and ultimately destroy" ISIL. However, 12 months on, it seems the US-led attack on the jihadist group is struggling to cripple the Islamists.

Despite 12 western and Middle Eastern countries actively joining the US-led bombing campaign, known as Operation Inherent Resolve, the terror group is seemingly holding strong against attacks, with fears it has even expanded its power in some areas.

Since Barack Obama announced the campaign against ISIL, the US-led coalition has carried out a total of 6,700 airstrikes in Iraq and Syria, according to official information from the Pentagon, and undertaken 53,278 aerial support missions, known as 'sorties'.

More than 10,000 ISIL targets, including buildings, tanks, parts of oil infrastructure and fighting positions have been damaged or destroyed in the offensive.

There are no official figures on an ISIL death count over the past 12 months which makes it difficult to gauge how many jihadists have been killed.

In June, US Deputy Secretary of State Tony Blinken claimed that more than 10,000 ISIL fighters had been killed by the American-led campaign, however others have labeled those figures as rather optimistic, with alternative estimates suggesting the actual number is smaller.

There is also much conjecture over the amount of civilians accidentally killed by the international coalition.

To date, the coalition only acknowledges one instance where it was involved in the death of civilians — a November 2014 attack that killed two children in Syria — with the overall campaign described by Lt Gen John Hesterman as "the most precise and disciplined in the history of aerial warfare".

However, others have called into question the alleged precision of the campaign, with the Airwars project — a campaign undertaken by a team of independent journalists — claiming in August that there was credible evidence linking the US-led strikes to more than 450 civilian deaths, including 100 children. 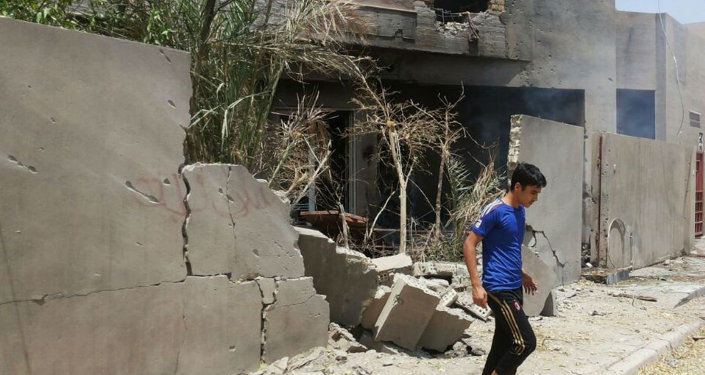 The whole operation hasn't come cheap either, with the total cost of the anti-ISIL operation last month estimated to be $3.7 billion, at an average cost of $9.9 million per day.

Many have questioned the excessive cost of the anti-ISIL campaign, particularly given the economic burden faced by many countries involved in the coalition.

Another issue of great debate is how much of an impact the year-long, close to $4 billion dollar aerial campaign has had on ISIL, and whether the US-led coalition is in fact on track to "degrade and destroy" the group.

In a Pentagon briefing of the current situation in Syria and Iraq, US officials claimed to have driven ISIL Islamists back in many sections of Northern Iraq, where the international coalition has been working in tandem with local Kurdish forces.

The US says that ISIL "can no longer operate freely in around 25 to 30 percent of Iraqi territory where it once could," but warned that due to the nature of fighting in the country "this estimate could increase or decrease depending on daily fluctuations in the battle lines."

In terms of Syria, Pentagon officials admit that ISIL's area of influence in the country remains "largely unchanged" with gains made by the international coalition and allies offset by other losses in territory.

Hasan Abdullah, director of Intelligence & Research at Islamabad-based SPEAR Institute, told Sputnik that when taking into account the territorial gains of ISIL, the increased frequency of attacks, the successful recruitment of people from western countries and the group's attacks on archaeological sites:

"…It's pretty clear that the West hasn't exactly been able to meet it's objectives."

'The Situation Is Out of Control'

The disputed nature of progress in the anti-ISIL campaign has led to suggestions that the international strategy of using airstrikes is ultimately flawed, and will not be effective in defeating the group.

Mr Abdullah says that a lack of direction from Washington has ultimately facilitated the growth of jihadist groups.

"If you look at the policy of the United States in particular, you find that it has been rather inconsistent when it comes to the Middle East. Of course there are dictators that America has wanted to and continued to support, and then there are dictators that America wants to get rid of. Of course that has sent a very wrong message and weakened the democratic narrative… and has helped the jihadists and Islamists in general."

He told Sputnik that a lack of clarity in terms of Middle East policy has led to a point where the situation "was not under control".

"The US and their coalition partners haven't been very clear in what they have wanted to achieve," he said, saying that once the West realized certain jihadist groups needed to be defeated, it was "too late".

"The situation is out of control if I could put it mildly."

While the fight against ISIL continues, it seems there are still many questions over whether the US-led coalition can ultimately "degrade and destroy" the group, as Mr Obama promised 12 months ago.