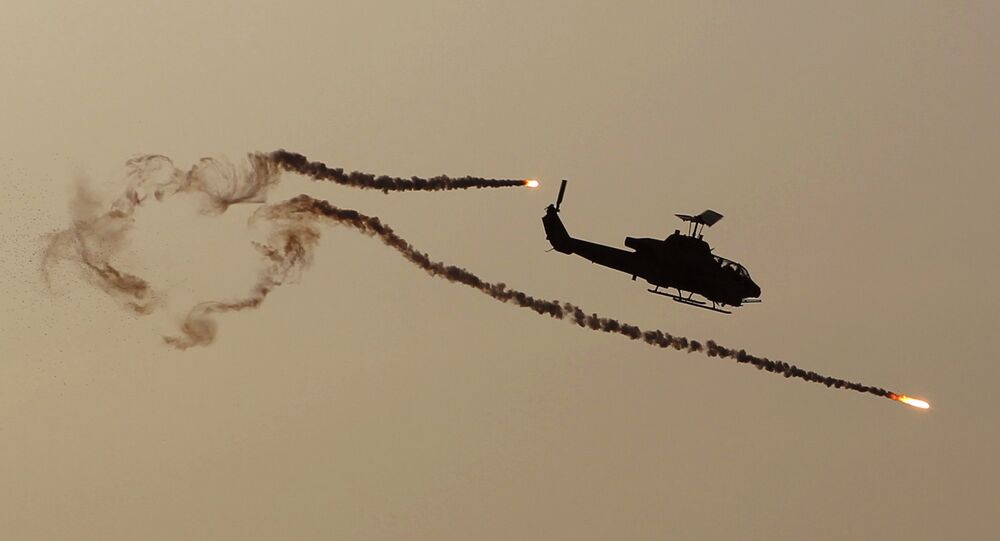 As international efforts to counter the spread of the self-proclaimed Islamic State intensify, Israel has given 16 surplus AH-1 Cobra attack helicopters to Jordan to prevent militants from spilling across the border.

Israel had two squadrons of Cobra helicopters originally provided by the United States. Ideal for aerial surveillance, ground troop cover fire, and evading enemy missiles, both squadrons were disbanded by the Israeli Air Force by 2013 in favor of the Apache.

But according to US officials, the Cobras will soon see new life in Jordan.

"These choppers are for border security," the official, speaking on condition of anonymity, told Reuters. In the handover, the Royal Jordanian Air Force will receive "around 16, though some may have been used by the Jordanians for spare parts."

Jordan already has 25 Cobras, and the new helicopters will be added to that fleet.

The news comes amid US Defense Secretary Ashton Carter’s visit to the region, where he stressed Washington’s interest in combatting the threat posed by IS.

"We’re trying to get a defeat that sticks," Carter told a group of US troops on Friday, according to NBC News. "And that can be delivered only by the people that live here. That’s the secret sauce."

Initiated last year, the deal has the full approval of Washington, a surprising reversal from last summer when the US blocked an Israeli effort to sell its Cobra helicopters to Nigeria. At the time, then-US State Department spokeswoman Jen Psaki said Washington’s objection was due to "ongoing concerns about the Nigerian military’s protection of civilians when conducting military operations."

Earlier on Friday, US Secretary of State John Kerry told a think-tank in New York that he planned to reach out to Russia for help in forging international cooperation in the fight against the terrorist group.

"We have to change the dynamic in Syria," Kerry told the Council on Foreign Relations, according to Reuters.

This followed Thursday’s announcement that the Turkish government had decided to allow the US to use Incirlik Air Base to launch air strikes against IS militants. While Turkey had long opposed becoming involved in the conflict, border clashes in the past week forced Ankara to conduct its own military operations against the terrorist group earlier on Friday.

The Russian government has also been working closely with Middle Eastern allies. In particular, Russia’s Ambassador to Syria Alexander Kinshchak has worked to solidify Moscow’s aid to the Syrian government.

"If we do not want terrorists to win in Syria, with all the subsequent outcomes for countries in the region, especially since these consequences will spill out far beyond the region, it means that it is necessary to help the Syrian government in this war," Kinshchak told RIA Novosti.