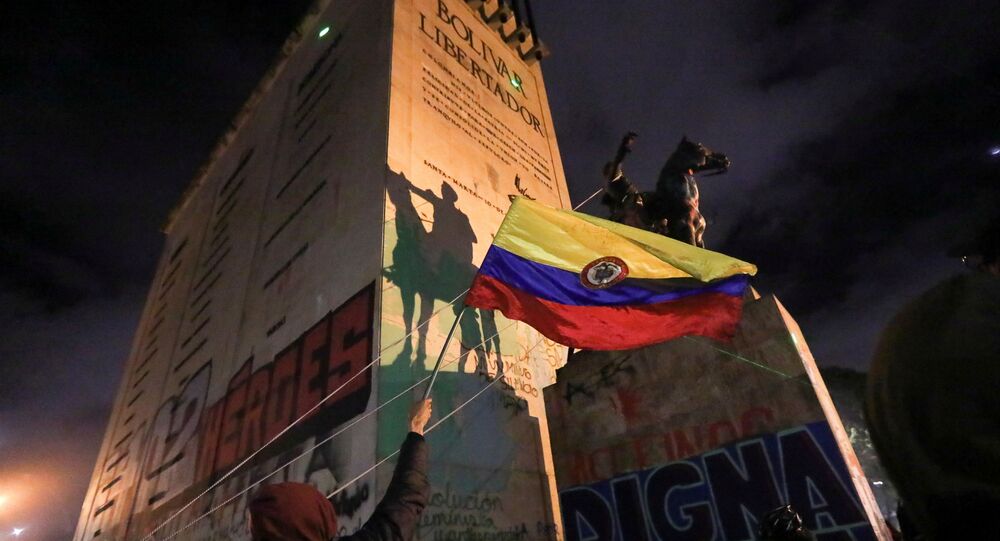 MEXICO CITY (Sputnik) - Colombia’s Central Union of Workers (CUT) is announcing a mass demonstration on Wednesday, amid government efforts to end national strikes that have been ongoing since last month.

"We call for next Wednesday, May 19, a major peaceful manifestation; everyone, go out into the streets, with our flag and the saucepan, in strict compliance with biosafety regulations," CUT said on Twitter on Sunday.

In a separate tweet, CUT said that it was calling for the continuation of strikes and popular assemblies, in solidarity with the youth and social sectors.

Earlier, the General Confederation of Labor (CGT) told Sputnik that Colombian unions had prepared seven points that they wanted to be addressed at a new round of talks between the government and the National Unemployment Committee (CNP) on Sunday.

© REUTERS / STRINGER
A woman gestures during a protest against sexual assault by the police and the excess of public force against peaceful protests, in Bogota, Colombia, May 15, 2021.

Colombia’s Ministry of Defense has reported more than 430 detentions and more than 800 injuries, both amid law enforcement and protesters who have been demanding social and healthcare reforms as well as the demilitarization of cities. Demonstrators, as well as international institutions, have been drawing attention to the disproportionate use of force by the Colombian police.