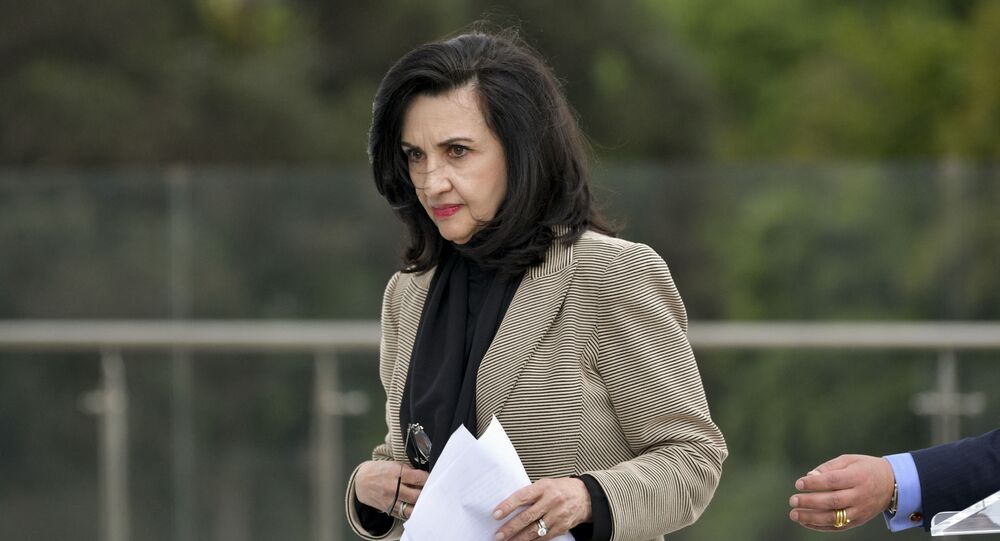 The politician did not explain why she wanted to leave the top job after occupying it for less than two years.

Colombia's Foreign Minister, Claudia Blum, has officially submitted her letter of resignation as the country experiences social-economic upheavals with protesters demonstrating against the government's economic policy.

"I am grateful for the enormous confidence you placed in me when you named me for this important role", Blum said in the letter.

Rumours of her imminent resignation have circulated in the media for months. However, she has not yet explained the reason for her wanting to leave the post.

Earlier, another member of President Ivan Duque's cabinet, Finance Minister Alberto Carrasquilla, resigned presumably because of popular protests against tax reforms proposed by the government. The protests have rocked the country for more than two weeks as protesters' demands shift from abolishing the tax reforms (which the government eventually withdrew) to introducing a basic income.

Colombian President Duque has accused "drug-trafficking mafias" of being responsible for organising riots in several cities, where the protests grew violent, and has offered 10 million Colombian pesos to anyone who identifies the criminals responsible. At the same time, ongoing demonstrations have claimed the lives of 25 protesters and one policeman.