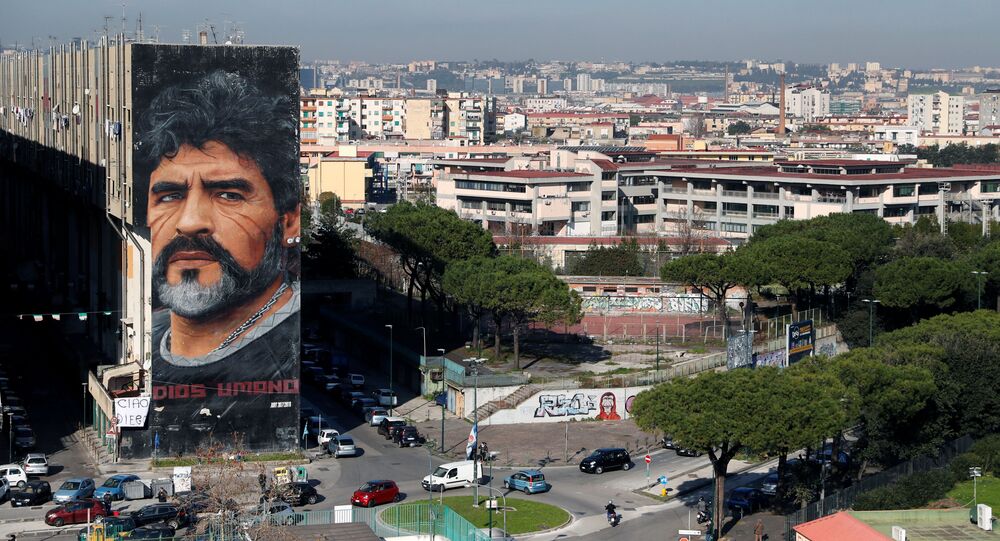 The South American football star died of a cardiac arrest on 25 November, several weeks after undergoing brain surgery to remove a blood clot. Maradona's death led to mourning in the football world, while his would-be heirs may start a legal battle over his assets.

Argentina's National Court of First Instance in Civil Matters No. 56 ruled on Wednesday that the body of late Diego Maradona "must be conserved" in case his DNA is needed in a paternity case.

Maradona left behind five legally recognised sons and daughters, but there are also several alleged love children of his who are living in different counties. Now they have to find a way to divide the inheritance, which may lead to a legal battle, as the football legend left behind $50 million in assets, according to reports.

One of Maradona's alleged out-of-wedlock kids, 25-year-old Magalí Gil, has already requested a DNA test to prove that she is the daughter of the late football star.

"Ms Gil requests that a study be carried out ... and that for this purpose the acting prosecutor's office send a DNA sample", the court ruling said.