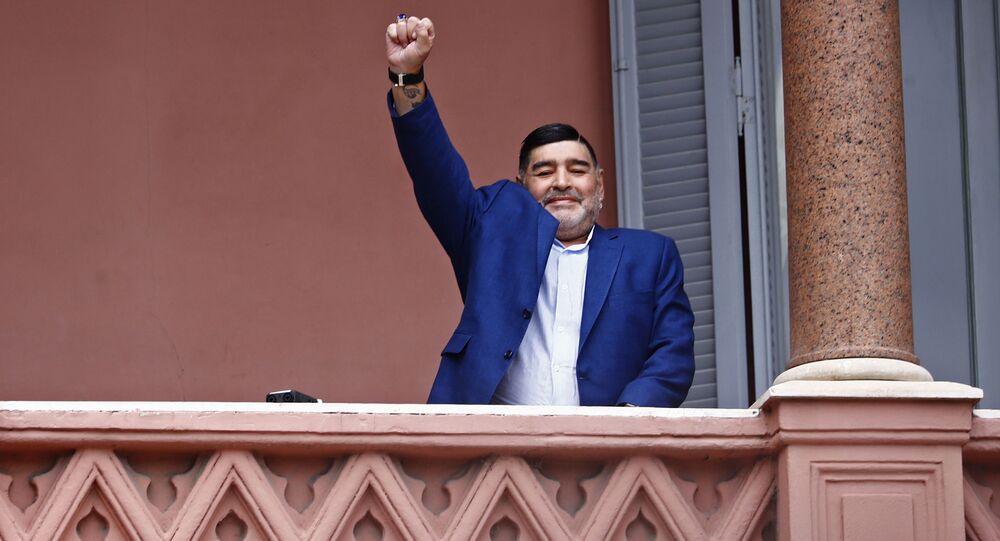 The Argentinian star died of a cardiac arrest on 25 November, just a few weeks after undergoing brain surgery to remove a blood clot. His death sent the football world to mourning, while Argentinian authorities launched an investigation into possible negligence on the part of the medics treating him.

Diego Maradona's relatives have begun a legal battle over the late football star's fortune, as over a dozen potential heirs plan to share almost $50 million in assets, the tabloid the Mirror reported. Maradona, who died last month at the age of 60, is believed to have signed a will in 2016, but scrapped it four years later, according to reports.

Now, four of his sisters, his five legal sons and daughters, and at least 7 alleged love children are pressing their claims, The Sun reported, also citing a source that claimed the legal feud "will be a World Cup".

While Maradona threatened to donate all of his fortune last year, leaving nothing to his heirs, Argentinian law states that spouses and children can't be deprived of an inheritance.

This means all of his children might pretend to get equal shares, which then might lead to heated disputes among them. According to court papers, Maradona's estate includes cash in Switzerland, Dubai, and Buenos Aires as well as property dotted throughout the world.

The Argentinian press earlier revealed that the football legend was spending over 10 million Argentine pesos (over $120,000) every month, supporting about 50 families, relatives, and friends in Argentina and abroad.