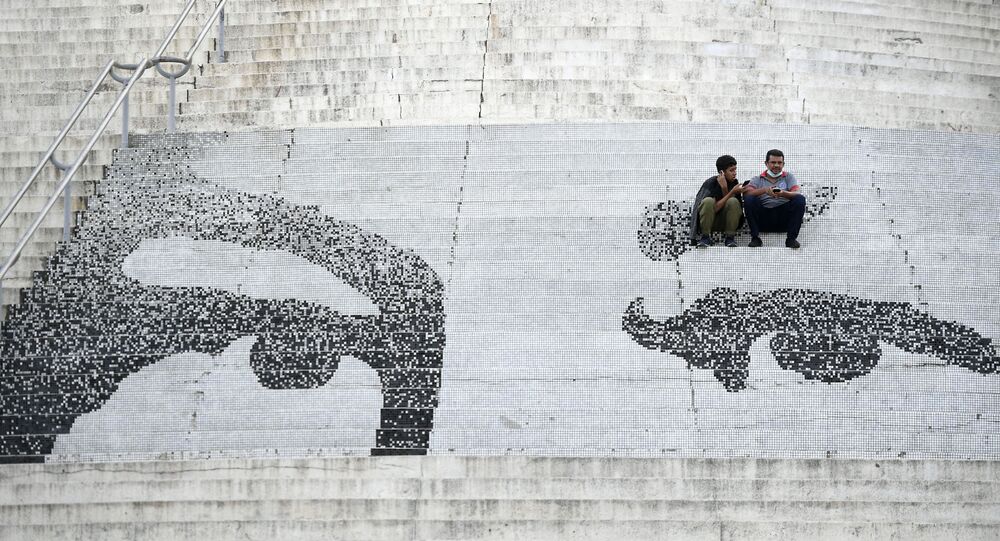 On Sunday, Venezuela is holding its five-year parliamentary elections, following the adoption of the 1999 Hugo Chavez Constitution. This year's election comes against the backdrop of the self-proclaimed interim-president, Juan Guaido's, appeal, backed by the West, to ignore the vote on the basis of his assertion that the vote is fraudulent.

The administration of US President Donald Trump on Sunday condemned a parliamentary election in Venezuela as being rigged in favor of the regime, calling on citizens of the country to "reject" the vote, according to a Sunday tweet by US National Security Advisor Robert C. O'Brien.

O'Brien urged Venezuelans to support the opposition's Consulta Popular efforts, led by the self-proclaimed interim-president Juan Guaido, as the US reiterates its commitment to encourage the opposition politician's efforts against President Nicolas Maduro.

"The Consulta Popular, led by Interim President Juan Guaidó, is giving the Venezuelan people a voice. The US will continue to support legitimate political activity in Venezuela", O'Brien tweeted.

(1 of 2) “From December 7th to December 12th, we encourage Venezuelans inside and outside of Venezuela to reject the regime’s fraudulent legislative elections and help restore democracy via the Consulta Popular.

O'Brien's tweet follows criticism from US Secretary of State Mike Pompeo, expressed earlier on Sunday, labeling the parliamentary elections in Venezuela as "fraud", claiming that they would not be representative of the Venezuelan people's will.

Venezuela's electoral fraud has already been committed. The results announced by the illegitimate Maduro regime will not reflect the will of the Venezuelan people. What's happening today is a fraud and a sham, not an election.

In response to Pompeo's statement, Venezuelan Foreign Minister Jorge Arreaza called the former a "zombie", and the actions by teh White House toward the Venezuela regime as "failure".

"A zombie has spoken! Although according to his Boss [US President Donald Trump] there was a fraud in the US elections. @SecPompeo, take truth calmly and resignedly: in Venezuela, your failure is absolute. We hope that soon Diplomacy returns to the State Department and the White House," Arreaza said.

The election and the long-lasting political crisis

On Sunday Venezuelans elect 277 deputies to serve their five-year terms in the unicameral parliament, the National Assembly, from over 100 political parties. According to the country's National Electoral Council, the voting time has been extended to 7 p.m., local time, so that every person wanting to cast their vote can do that in a proper manner.

As the current National Assembly was won by the opposition in the 2015 election, the Venezuelan ruling party expects to regain control of the legislative body amidst local reports that the opposition party has lost popular support over the last months.

The political crisis sparked in 2010, during Hugo Chavez's presidency, against the background of a series of socio-economic crises shaking the ordinary life of Venezuelans.

The situation in Venezuela reached a turmoil point in 2019, when then-elected National Assembly speaker Juan Guaido denounced the legitimacy of Maduro's win in the hotly-debated 2018 presidential election. Backed by Western governments, Guaido declared himself an interim president, gathering the support of other opposition members in parliament.

The US and a variety of Western countries immediately supported Guiado, while Russia, China, Iran, Cuba and other countries viewed Maduro as the legitimate president of Venezuela.

Some 27 political parties, including the Consulta Popular of Juan Guaido, refused to participate in the vote. The country's president, Nicolas Maduro, said he was ready to resign if the opposition wins the elections.

Maduro voted earlier in the day, following up by calling on all political forces to participate in a national dialogue after the elections.