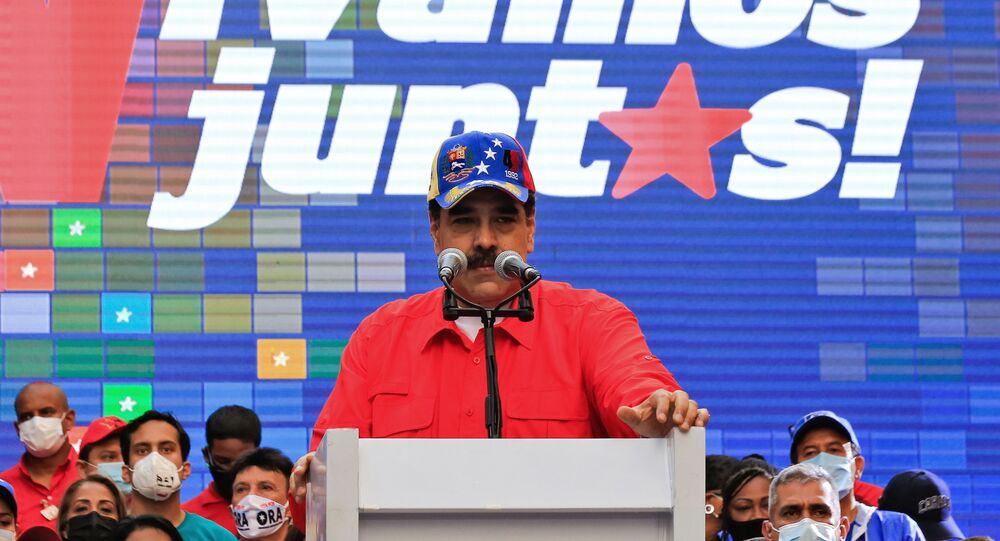 BUENOS AIRES (Sputnik) - Venezuelan President Nicolas Maduro met with observers, including a Russian delegation, who have arrived in the country to monitor the upcoming parliamentary election.

According to a video tweeted by Maduro, the Venezuelan leader met with observer delegations from Russia, Iran and Turkey on Saturday.

Earlier on Saturday, Russia's embassy in Caracas told Sputnik that a high-level Russian delegation had arrived in the Venezuelan capital for an observing mission.

The Venezuelan National Assembly election is scheduled for Sunday. The opposition bloc of Juan Guaido, a failed coup leader, has refused to participate in the vote.

In January 2019, Venezuela plunged into a political crisis when the then-head of the opposition-controlled National Assembly, Juan Guaido, proclaimed himself interim president in a bid to oust reelected Maduro from power. The United States and most Western countries endorsed Guaido and slapped crippling sanctions on Venezuela. Russia, China, Turkey and several other nations have been supporting Maduro.