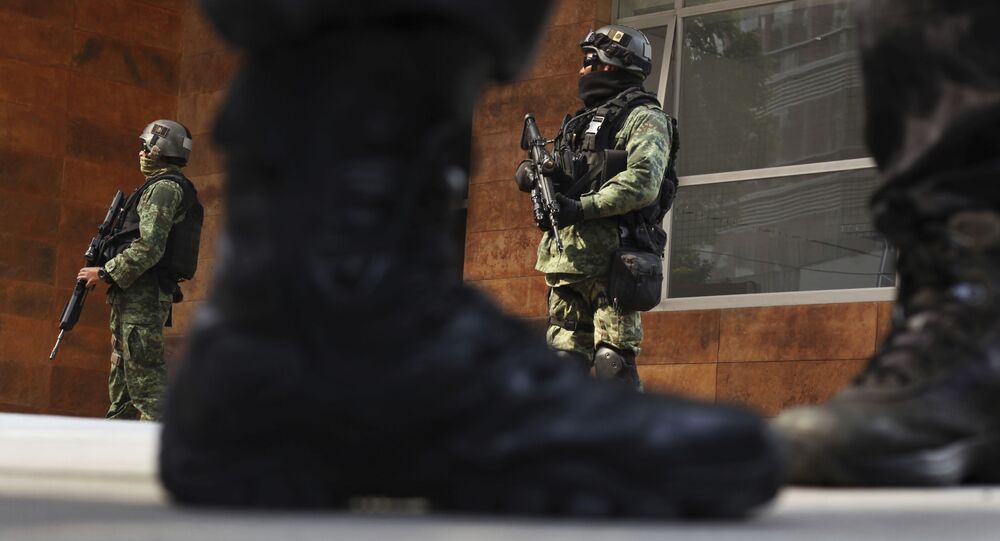 The Jalisco New Generation Cartel is a semi-militarised criminal narcotics powerhouse, operating in more than a dozen states across Mexico, including Nayarit. The organisation is headed by Nemesio Oseguera Cervantes, also known as "El Mencho", who was once an ally of the currently incarcerated drug lord Joaquín "El Chapo" Guzmán.

Sinaloa Cartel soldiers, now led by El Chapo’s successor Ismael "El Mayo" Zambada, have reportedly declared that they were starting operations in the Mexican state of Nayarit, a territory controlled by the Jalisco New Generation Cartel (CJNG), a powerful semi-militarised group, according to a circulating video message cited by the Daily Star.

According to former US federal marshal Robert Almonte, the Sinaloa’s video message could serve as a declaration of war against CJNG “not only in this state, but in general”.

The circulating clip shows nearly a dozen armed soldiers hearing the announcement of the start of “Operation MZ”, in a reference to initials of Sinaloa’s new leader Ismael "El Mayo" Zambada. The gangsters vow to bring “justice” to the state, while “exterminating scourges that harm people”. They also refer to Rodrigo Benitez Perez, Director of Ministerial Investigation of the Nayarit Prosecutor's Office and the state governor's brother-in-law Daniel Saucedo in their speech, with one man holding their photos.

They also add towards the end that “heads will roll”.

Almonte believes that the action was “at least sanctioned by El Mayo, and it is coming from the top of the Sinaloa Cartel”.

However, the cartel expert said that although it is still “possible” that Sinaloa Cartel troops would come to dominate Nayarit’s trafficking routes, the CJNG “has been in that area for some time”, which is “important, because this means they have more established relationships with corrupt officials”.

Another video, this time allegedly coming from the CJNG in the state of Durango, has also been making rounds on the internet for some time now. In the footage, a much larger group of heavily armed soldiers is heard threatening Sinaloa’s new leader El Mayo, according to Spanish-speaking media.

The CJNG and CDS war will begin soon.
Proxy war time is now over. It's time for a real confrontation.
We were saying these days would come.
The Sinaloa Cartel is currently experiencing a civil war.
Mencho took action for war just in time.#drugwar pic.twitter.com/INPw9y31vc

CJNG, which is believed to have a presence in majority of Mexican states as well as Puerto Rico, is headed by Nemesio "El Mencho" Oseguera Cervantes, a “one-time ally” of Joaquin ‘El Chapo’ Guzman. El Chapo, Mexico’s most-feared drug lord, was arrested in 2016 and extradited to the US to serve a life sentence in prison for his criminal activity and drug trafficking business.