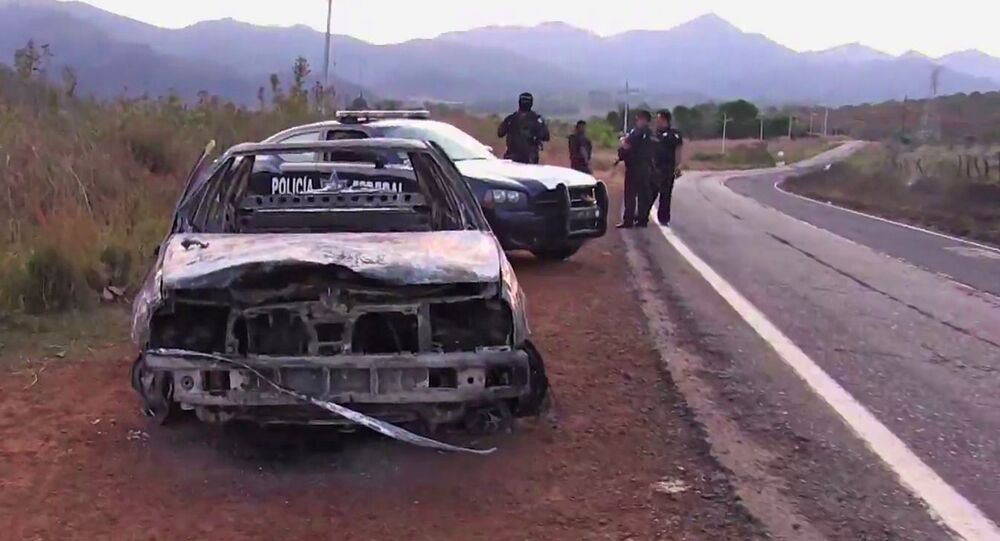 The Jalisco New Generation Cartel's expansion has reportedly allowed the criminal group to operate in “at least 35 states across Mexico and Puerto Rico”.

Juan Carlos Gonzalez, the man who created two elite military units for the Jalisco New Generation Cartel in Mexico, appears to be poised to take control of the entire criminal organization, the Daily Star reports.

According to the newspaper, Gonzales, a "merciless and meticulous military strategist", has been instrumental in the cartel's expansion, with the organization now operating in "at least 35 states across Mexico and Puerto Rico".

The cartel members' exploits under Gonzales' watch reportedly include downing an army helicopter with a rocket-propelled grenade and killing dozens of state officials.

And while the cartel is currently being led by one Nemesio 'El Mencho' Oseguera Cervantes, former US federal marshal and cartel expert Robert Almonte told the newspaper that Gonzales may take the control of the organization in the future.

"The CJNG, in my opinion, has become the most dangerous Mexican cartel. Nothing is off-limits to them", he said. "By forming the elite group, the CJNG has become better equipped with tactical gear, weapons and armoured vehicles. Gonzalez has made the enforcement group of the CJNG more well trained and organised."

© AP Photo / Eduardo Verdugo
Sinaloa Cartel Is 'Not Dead' But 'Thriving' Despite El Chapo Being Jailed In US, Says Expert

As Almonte explained, with US authorities offering a reward of $10 million for information leading to Mencho's arrest and considering his supposed poor health, not to mention intelligence sharing between Mexican and US officials, the law may be "closer that ever" to capturing the cartel boss.

Also, while El Mencho's son, Ruben Oseguera-González, should be next in line to the cartel's throne, he was "extradited to Washington in February and charged with distributing drugs in the US from 2007 to February 2017", the newspaper adds.