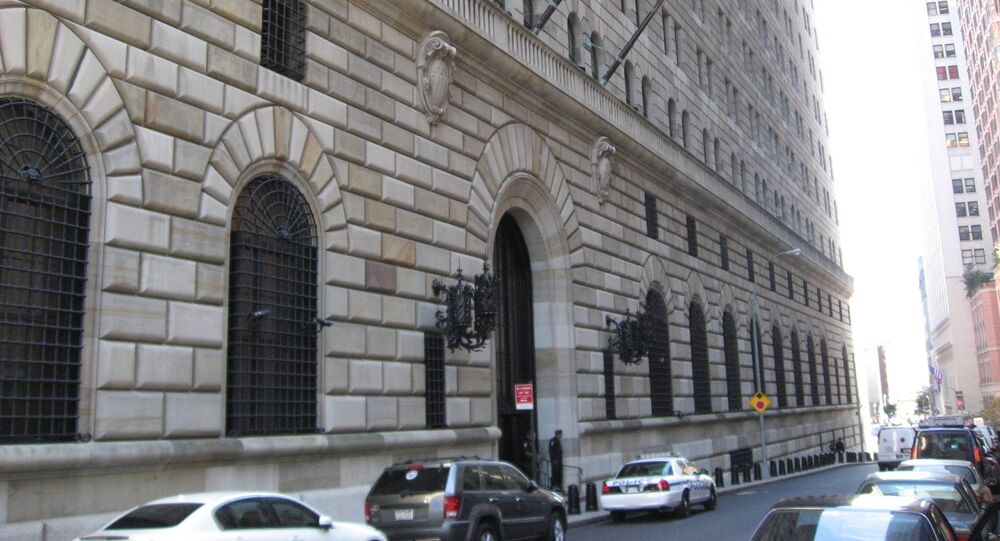 The Trump administration quietly ordered the transfer of some $342 million in funds from a Venezuelan central bank account at Citibank to an account controlled by opposition leader and self-proclaimed Venezuelan ‘president’ Juan Guaido at the New York branch of the US Federal Reserve.

Venezuelan Foreign Minister Jorge Arreaza has hit out against the Trump administration over its move to effectively siphon off seized Venezuelan state assets and redirect them to Guaido.

“The Central Bank of Venezuela denounces the vulgar dispossession that Donald Trump, in complicity with some lawmakers from the National Assembly, ordered regarding the nation’s financial resources, which had been blocked at Citibank,” Arreaza wrote on Twitter.

In a communique accompanying the tweet, the Central Bank blasted the US government’s unilateral decision to act “in collusion with a group of National Assembly lawmakers” in the seizure of Caracas’ funds, describing it as just another action in a series of attacks by the US state against the Bank and the people of Venezuela.

According to the Bank, the seizure will have a direct impact on the development of the Venezuelan economy, “already affected by the illicit economic and financial blockade of the supremacist elites that govern the United States of America, and currently aggravated by the pernicious impact of the global coronavirus pandemic.”

Earlier this week, lawmakers from Guaido-aligned National Assembly authorized the transfer of an estimated $342 million in funds from a Venezuelan Central Bank account with Citibank to its own Fed account. Opposition lawmaker Angel Alvarado told AFP that the transfer would “further protect these assets.”

Washington and its allies began seizing Venezuelan state assets in early 2019, shortly after recognizing Guaido as the country’s ‘interim president’. The seizures included the confiscation of Venezuelan gold bullion in US, British and European banks, the freezing of the assets of Venezuelan-owned but US-based oil refiner, transporter and seller Citgo, and the seizure of billions of dollars of liquid Venezuelan assets in US banks.

Venezuelan authorities have described these measures as “economic warfare” and urged the international community to stand up to and resist US bullying.

Guaido and other members of the opposition have also been accused of siphoning off some of these resources for their own personal use, and of spending US funds provided as ‘humanitarian aid’ on lavish hotels, food and drink, and even prostitutes. Last June, Venezuelan Attorney General Tarek William Saab accused Guaido and his comrades of acting less like an opposition and more like a “mafia.”

The asset seizures and sanctions put in place by the US in early 2019 were only the latest in a nearly decade-long campaign against Venezuela. In February 2019, the Latin American Geopolitical Strategic Center (CELAG) think tank estimated that between 2013 and 2017 alone, a US-led financial blockade cost the Latin American nation between $260 billion and $350 billion.