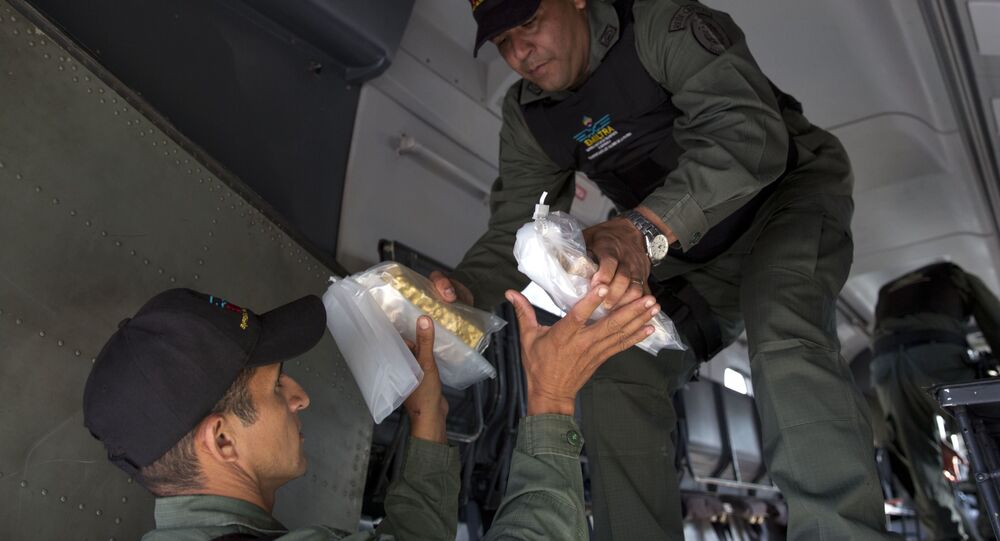 Washington and its allies stepped up pressure on Caracas last month, recognising opposition leader Juan Guaido as the country's interim president, with the Venezuelan government describing these actions as an attempted coup d'état.

The US-led financial blockade against Venezuela has cost the Latin America the equivalent of between $260 billion and $350 billion between 2013 and 2017, a fresh report by researchers at the Latin American Geopolitical Strategic Centre (CELAG) think tank has revealed.

According to researchers, the estimated losses in production of goods and services cost the economy between 1.1 and 1.6 percent of its GDP, or the equivalent of between $12,200 and $13,400 for every man, woman and child in the country.

The think tank calculated that the country paid over $17 billion in additional interest rates over its status as a 'high risk' country, with the country's default risk ranked higher than that of war-torn countries like Syria, despite Caracas never failing to make a payment. Furthermore, the country lost access to an estimated $22.5 billion due to deliberate international isolation, with this pressure only intensifying in 2015 and the fall of crude oil prices.

© REUTERS / CARLOS EDUARDO RAMIREZ
Caribbean States Worried About Worsening Situation in Venezuela - Trinidad Prime Minister
The study's authors warn that US-led financial attacks on other countries often serve as "the prelude to military intervention," with Washington and its allies able to justify their actions based on the "humanitarian catastrophe and…the massive emigration" from a country like Venezuela which its own financial blockade has helped create.

The long-running crisis in Venezuela escalated on January 23, when Juan Guaido, head of Venezuela's semi-defunct National Assembly, proclaimed himself interim president pending fresh elections. The US, Canada, and multiple Latin American and European states recognised Guiado as the country's leader. Russia, China, Cuba, Mexico, Nicaragua, Bolivia, Turkey, Iran, and others reaffirmed their support for President Nicolas Maduro and urged outside powers not to interfere in Venezuela's internal affairs.