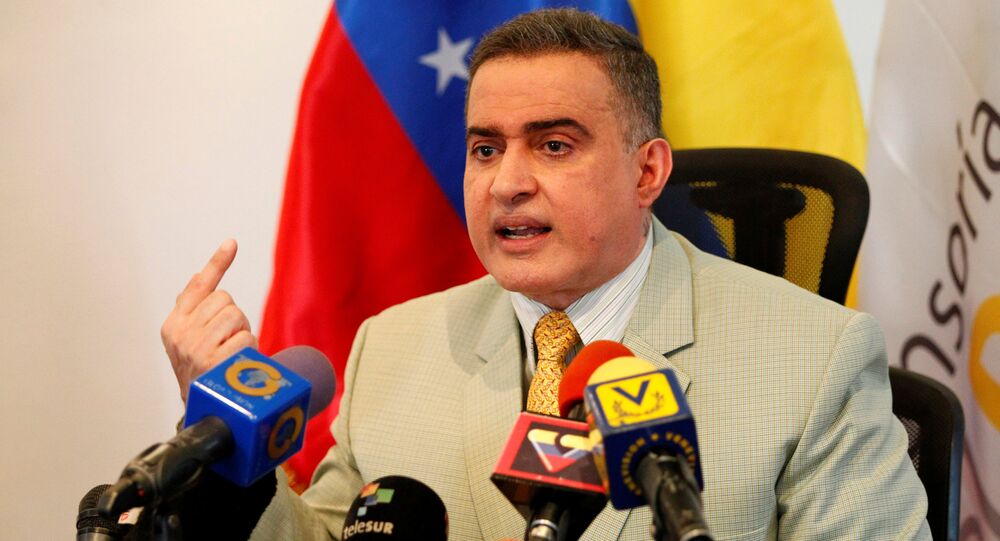 The Caracas chief prosecutor said the opposition leader is directly involved in his underlings’ mishandling of money designated for the housing of Venezuelan deserters in the Colombian border city of Cucuta.

Venezuelan Attorney General Tarek William Saab announced Tuesday that his office had opened an investigation into recent reports of corruption amid members of Juan Guaido’s Popular Will political party tasked with caring for Venezuelan deserters.

“The Ministry initiated a criminal investigation on the grounds of evidence made public by international media and national authorities about corruption in the handling of money allocated to assist Venezuelans in Colombia,” he said at a news conference.

Earlier this week, media reported that two of Guaido’s representatives, Rossana Edith Barrera and Kevin Javier Rojas, had misappropriated tens of thousands of dollars allocated by Colombian authorities and the United Nations Refugee Agency by inflating the number of deserters in their care, using the money for their own benefit. The scheme became public after hotels in the border city of Cucuta began evicting deserters for unpaid bills which, at times, reached $20,000.

According to Saab, the two used the money for “personal expenses, alcohol and even prostitutes; the money is also believed to have been used to finance destabilization of Venezuela,” according to a Europa Press report.

Saab singled out Guaido as the boss of the “corruption mafia,” saying the opposition leader is responsible for the entire scheme.

"[Barrera and Rojas] are the material authors and Guaidó is the intellectual author," Saab said, according to Europa Press. “In this sense, we suspect these citizens of laundering money, corruption and organized crime.”

Saab formally asked Colombian authorities to provide evidence they have of the wrongdoings of Guaido’s representatives, whom he referred to as “thugs” and “undesirable objects.”

“The funds misused by these people designated by Guaido as his representatives in Colombia are taken from Venezuela, so it is in our jurisdiction to investigate,” Saab said.

Following the reports, Guaido said he “will not tolerate” corruption among his ranks and announced an investigation of his own.

Juan Guaido declared himself an “interim president” of Venezuela in January, demanding that the legitimately-elected president, Nicolas Maduro, step down. Guaido called on the Venezuelan military to join his cause, promising amnesty to all deserters, but the army remained loyal to Maduro, who is commander in chief according to the nation’s constitution. Guaido is accused of staging a failed 30 April coup d’etat.

Maduro is recognized as the leader of Venezuela by Russia, China, Turkey and a number of other countries. The US and its allies recognize Guaido as the Venezuelan president.