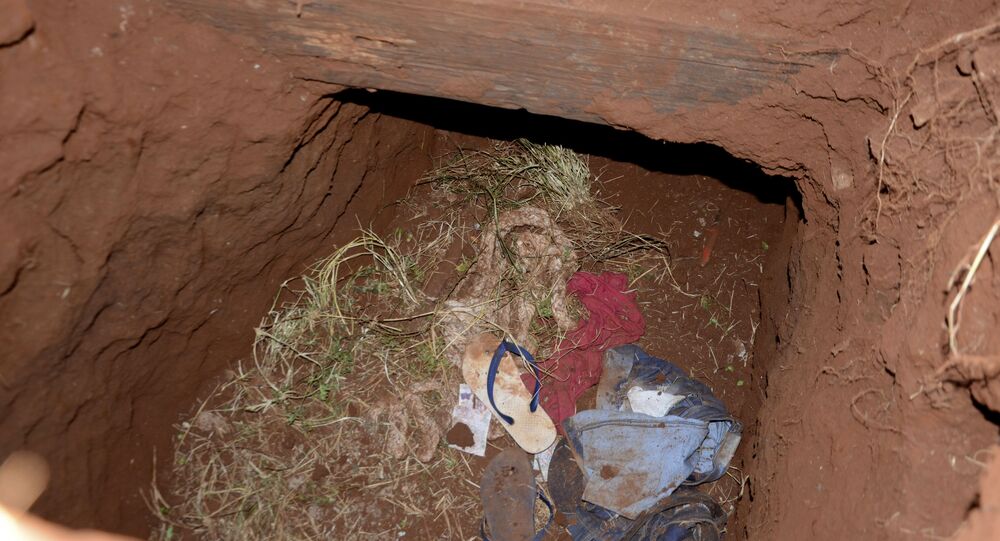 Brazilian authorities have reportedly temporarily shut down operations on the nation's border crossings with Paraguay after dozens of convicted criminals staged a massive prison break on Sunday near a well-known drug-smuggling hotspot.

At least 75 inmates are said to have used a hand-dug tunnel that enabled them to make an unhindered escape from a Paraguayan penitentiary in the city of Pedro Juan Caballero - an audacious jailbreak that local officials were reported to have had a knowledge of before it occurred, according to Reuters.

Paraguayan Justice Minister Cecilia Perez told reporters that the director of the jail, as well as six other officials from the prison administration, have been fired.

"It's an operation that took days and it is impossible that the officials did not realize that they were leaving [...] Obviously this was a paid plan", Perez said, cited by Reuters.

Paraguayan authorities alerted Brazil over the incident. The escaped outlaws - among whom are members of Brazil's most powerful gang 'First Capital Command (PCC)' - are said to be hiding in Paraguay, according to the media report.

© CC0
Almost 100 Inmates Escape Brazil Prison Through Tunnel
"In that area, there are many woods and they know the territory [...] these are highly dangerous people", Paraguayan Attorney General Sandra Quinonez said, cited by Reuters.

The border region between Brazil and Paraguay is reportedly considered to be a notorious transit area for drug trafficking, and is said to be actively exploited by criminal gangs like PCC and others.

"If they return to Brazil, they will get a one-way ticket to a federal penitentiary", Moro tweeted.

Brazilian authorities have reinforced security in key cities near the area of escape.