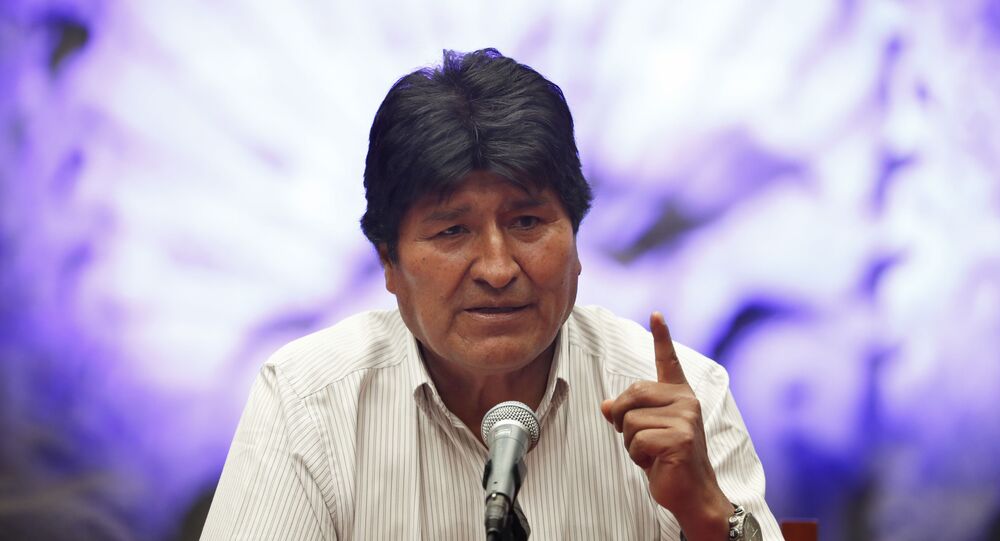 "I ask international mediators to help me return to the country, we intend to hold a dialogue", Morales said during a press conference in Mexico City.

Earlier in the day, the Wall Street Journal published an interview with Morales, where he said that an alliance between right-wing domestic opponents and the United States posed the greatest obstacle for his return to Bolivia.

The opposition, however, refused to accept the vote results, citing alleged irregularities in the vote-counting process, which were subsequently confirmed by the OAS.

As a result, he resigned the same day and left for Mexico after being granted political asylum. Bolivia's highest-ranking officials resigned as well. Meanwhile, Jeanine Anez, the opposition deputy speaker of the upper house, declared herself the country's interim president. The Bolivian Constitutional Court has recognized her claim as legitimate.

Morales’ departure, however, did not help stabilize the situation.

Last week, coca farmers supporting the former president took to the streets of the central department of Cochabamba to protest against interim president Anez. According to local media, the rally turned violent, resulting in the death of several people while dozens were injured amid fierce clashes with police.

Morales has condemned the events in Cochabamba as "carnage".