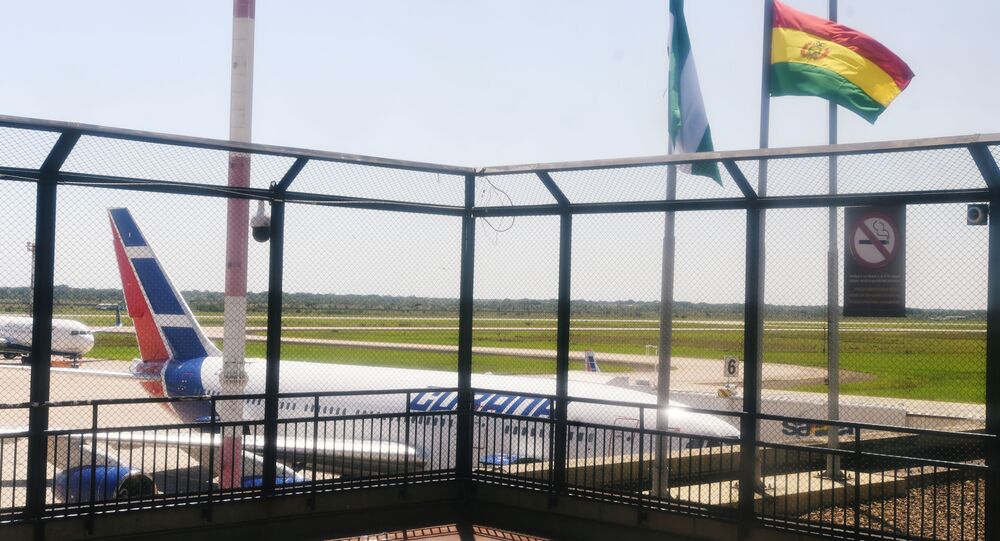 "We believe that they [former ministers] will be able to become full-fledged participants of the dialogue, and if they leave, with whom shall we conduct it," Justiniano said.

On Tuesday, Bolivian Foreign Minister Karen Longaric said her ministry would help 24 politicians from Morales' party safely leave for Mexico, where they had been granted asylum. The same day, the Bolivian Foreign Ministry said that Morales' daughter, Evaliz Morales Alvarado, and lawmaker Maria Inosenta Pone Poichee, who are hiding in the Mexican Embassy in Bolivia, were allowed to leave the country.

© AP Photo / Natacha Pisarenko
Evo Morales Claims Interim Bolivian Government Plans to Dismiss Parliament
Morales was granted political asylum by Mexico earlier this month after he was forced to step down amid mass demonstrations against his election victory. The official results of Bolivia's October presidential election had gone unrecognised by the opposition, which then led to protests that were eventually supported by the country’s armed forces.

Most of Bolivia’s ministers have resigned. In the aftermath, last week Second Vice Speaker of Bolivia’s Senate Jeanine Anez declared herself interim president and appointed 11 new ministers to her transitional cabinet. She pledged to convene a new election and ensure that Morales is not allowed to run. Morales' supporters, in turn, refused to recognize Anez's legitimacy, claiming that the parliamentary session was held in the absence of a quorum and therefore is of no legal validity.