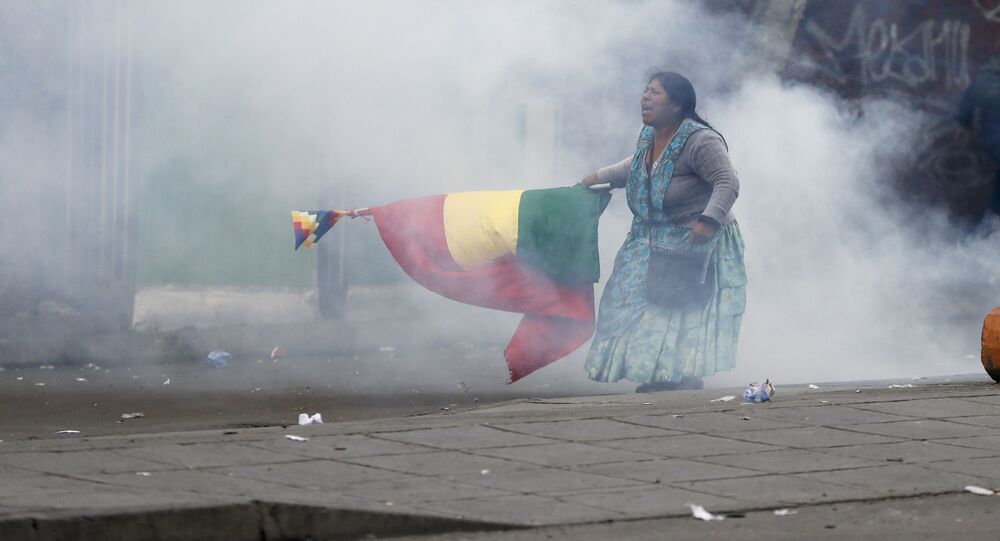 Bolivia Crisis Could 'Spin out of Control' - UN Rights Chief

Bolivia has been rocked by clashes in the wake of the presidential election last month, which saw President Evo Morales win a fourth term in office. As turmoil brewed, Morales stepped down from his post and fled to Mexico. Bolivia’s Second Vice Speaker of the Senate Jeanine Áñez proclaimed herself the nation's interim president.

The crisis unfolding in Bolivia could potentially "spin out of control", the head of the Office of the United Nations High Commissioner for Human Rights, Michelle Bachelet, said on Saturday.

"I am really concerned that the situation in Bolivia could spin out of control if the authorities do not handle it sensitively and in accordance with international norms and standards governing the use of force, and with full respect for human rights", Michelle Bachelet said in a statement.

The results of the 20 October presidential elections in Bolivia triggered a wave of protests against the re-election of Evo Morales, accused by the opposition of electoral fraud.

Several weeks later, Morales resigned and fled to Mexico, while opposition Senator Jeanine Áñez assumed the de facto presidency of Bolivia in a succession without a parliamentary agreement, but was endorsed by the Constitutional Court.

From his exile in Mexico, Morales described Áñez's self-proclamation as an "artisan and nefarious coup" and an "assault on the power of the people".