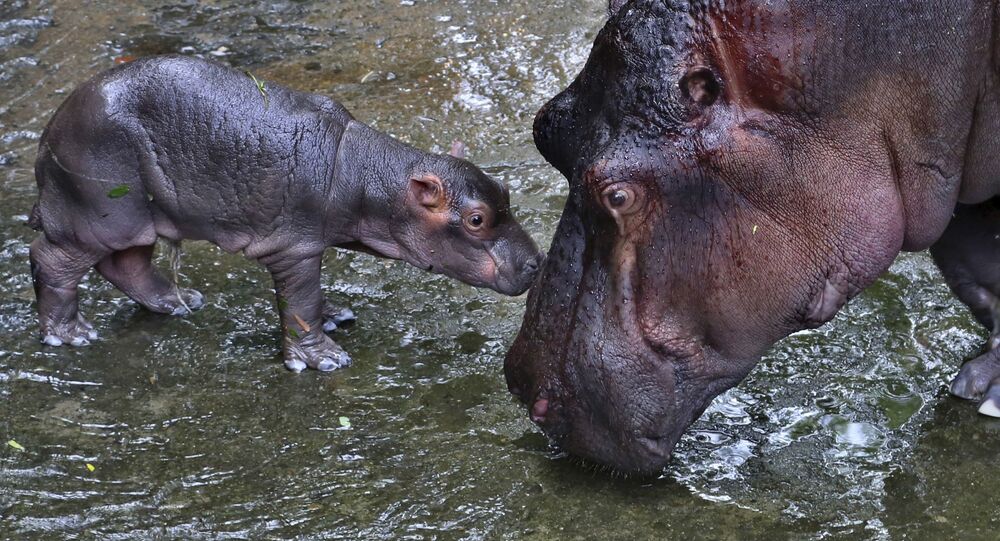 Dealing with the problem of criminal hippos seems easier than stemming the illegal drug trade in Colombia, but it involves two controversial solutions – killing animals or sterilising them.

When the infamous Colombian drug lord Pablo Escobar decided to set up a private zoo for himself, little did he know what problems it could cause in the future. Some 26 years after his death he, or rather his “pets” pose a danger not only to humans, but also to other animal species. His zoo at the Hacienda Napoles housed hundreds of animals – giraffes, elephants, exotic birds and…hippos, native only to Africa. At the time the zoo was set up there were four of them.

After Escobar was tracked down and killed during a special operation, the government relocated most of the animals to public zoos, but the hippos were allowed to stay at the estate allegedly because it is difficult to deal with these giant and aggressive animals. The forsaken and forgotten hippos lived happily…and reproduced quickly. According to David Echeverri López, biologist with the Forests and Biodiversity Group of Cornare, there are now more than 50 hippos in the area. He added that in 20 years their number may reach 200.

So, what is so bad about more hippos coming into this world when we constantly hear news about more and more animals becoming endangered species? Well... Escobar unwittingly disturbed the natural order of things. These hippos live in an area where there are no predators hunting them and there is ample food. Other species cannot compete with hippos and so they are actually destroying their habitat. That is a big problem for manatees, an endangered species in Colombia. Hippos also pose a danger to fish as their manure sucks oxygen from riverside marshes.

The giant delinquents also pose a risk to humans as they are now getting too close to them. It’s no longer a big deal to see a three tonne hippo walking around the streets. Oberdan Martinez, who runs a theme park created on Escobar’s estate, said it is more common to see a hippo in the area than a pig. In Africa hippos cause more human deaths than any other large animal.

What Are the Solutions?

In 2009, a hippo nicknamed Pepe was killed on the orders of the government after it escaped the ranch and attacked several people. Human rights activists then sued the government and a court has since prohibited hunting them. Zoos don’t want to take them. They cannot be sent to Africa, because the population is inbred and they may have diseases that would endanger African fauna.
The only acceptable solution is to sterilise them, but that's not the easiest thing in the world to do. You try to neuter a giant aggressive hippo that is capable of running 19 miles per hour (30 kmh). David Echeverri Lopez said: “by the time they (authorities) neuter one, four or five more are born".

Scientists are hoping to solve this issue with birth control. If they don’t manage to come up with a specific contraceptive for hippos they will use one that works for pigs. Hope this solution won’t anger animal rights activists.