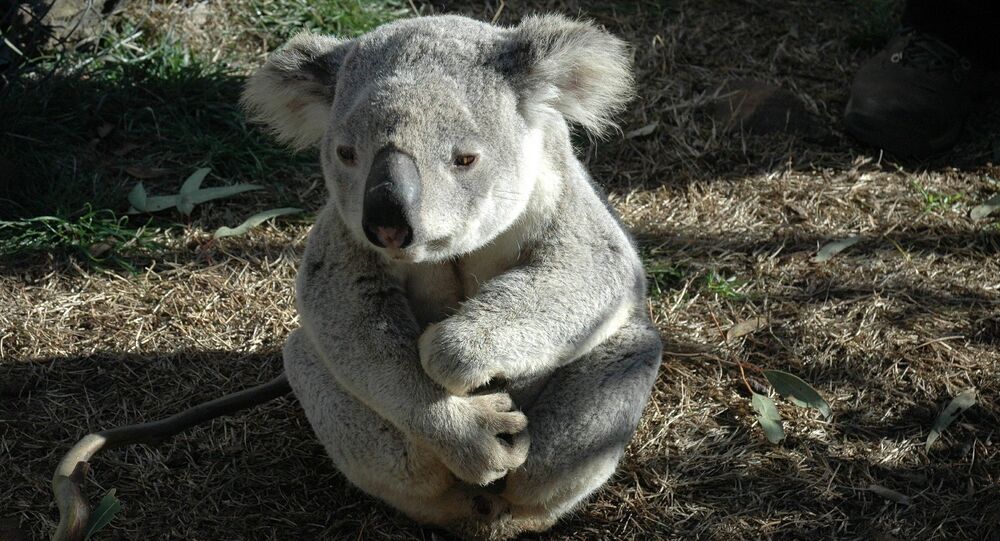 The president of an organisation focusing on the preservation and conservation of koalas said that up to 60 percent of the unique koala habitat may have perished in the blaze, calling the incident “a national tragedy”.

More than 350 unique koalas are feared to have died in a fire that reportedly started after a lightning strike went out control in Australia’s New South Wales. The fire scorched more than 2,000 acres – and two thirds of this area was koala habitat. The figure of 350 deaths is a “positive” forecast – if the survival rate is lower than 50 percent, the death toll will be much higher.

The president of the Port Macquarie Koala Hospital, Sue Ashton, said: "We're hoping it's not as bad as that, but because of the intensity of the fire and the way koalas behave during fire, we're not holding out too much hope".

During a fire, koalas climb on top of the tree and curl into a ball. If the fire goes out quickly and just singes the marsupial’s fur, the animal will recover, but if the fire continues, then the koalas burn alive. The blaze in New South Wales has been raging for three days, making it impossible for volunteers to search for survivors.

"The special importance of those koalas is that they are very genetically diverse", Sue Ashton said. She noted that the affected areas were very good breeding ground for koalas. Human interference in the koala territories, such as by deforestation, has led to decreased connectivity among koala populations, Ashton said. As a result, colonies become inbred and diseased.

Australia’s Koala Foundation said there may be between 43,000 and 100,000 koalas left in the wild across the country. The World Wide Fund for Nature Australia said last year that by 2050, koalas may face extinction in New South Wales, if deforestation and land clearance for agricultural activity is not stopped.