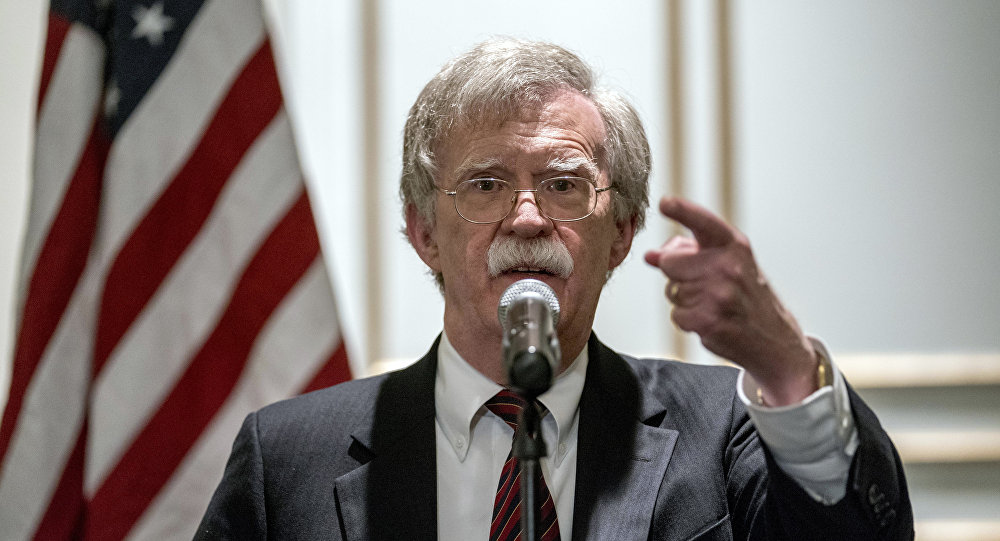 WASHINGTON (Sputnik) - US National Security Advisor John Bolton said on Tuesday that the Western hemisphere is united on resolving the Venezuelan crisis and the days of Venezuelan President Nicolas Maduro "are numbered".

"Look forward to working together. The region is united, and Maduro’s days are numbered", Bolton said in a Twitter statement after his meeting with Brazilian Defense Minister Fernando Azevedo at the White House.

Earlier in March, Bolton said that the United States was applying the Monroe Doctrine, a policy penned in the 1820s that aimed at securing an all-democratic Western hemisphere through influence over Latin American countries, to the situation in Venezuela.

Last week, US President Donald Trump said he would discuss with Brazilian President Jair Bolsonaro during his visit to the United States the possibility of a military intervention in Venezuela, adding that all options remain on the table.

© REUTERS / Ueslei Marcelino
Russian Military Officials Arrive in Venezuela for Defence Talks - Source
Earlier on Tuesday, US Acting Secretary of Defense Patrick Shanahan said in a congressional hearing that Washington does not intend to solve the Venezuelan crisis militarily.

Long-standing tensions between the United States and Venezuela escalated earlier this year when opposition leader Juan Guaido on 23 January proclaimed himself to be the country’s interim president.

The United States and its allies, as well as Brazil, immediately recognized Guaido. Russia, China, Cuba, Turkey and several other countries continue to recognize constitutionally elected Maduro as the country’s only legitimate leader.

The US Treasury has since January imposed several rounds of sanctions on Venezuelan state companies, such as PDVSA. Last week, the Treasury sanctioned the state gold mining firm Minerven and its president Adrian Antonio Perdomo Mata.