BOA VISTA (Sputnik) – Brazil will stop airlifting aid to the town of Pacaraima on Venezuela’s border until further notice, its military said Friday during a press briefing at the Boa Vista air base.

"We will continue to collect humanitarian aid in a hangar in this city [Boa Vista] but will not send it on to Pacaraima," Brazilian Air Force sources told reporters.

Earlier in the day, a source told Sputnik that a Brazilian Air Force (FAB) plane carrying relief aid landed Friday in the main city of the Roraima state near the Venezuelan border.

The plane flew from the southern Brazilian city of Porto Alegre and landed in Boa Vista in northern Roraima at 10:05 a.m. (13:05 GMT), some 133 miles from Venezuela, the FAB source said. 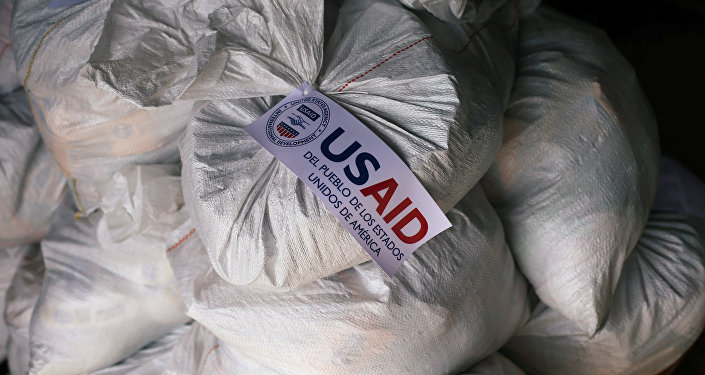 © REUTERS / Edgard Garrido
Bolivian President Likens Venezuela Relief Aid to Trojan Horse
Three trucks with 51 tonnes of rice arrived in Boa Vista on Thursday. The aid is stored in a hangar at the Boa Vista air base.

Venezuelan opposition leader Juan Guaido set February 23 as the date for bringing in US relief aid that had been collected at logistics hubs in Brazil's Roraima, Colombia's Cucuta and on the Caribbean island of Curacao.

The head of state has warned that the US and its allies were using "the pretext of delivering humanitarian aid" to try to "destroy the independence and sovereignty of the country."