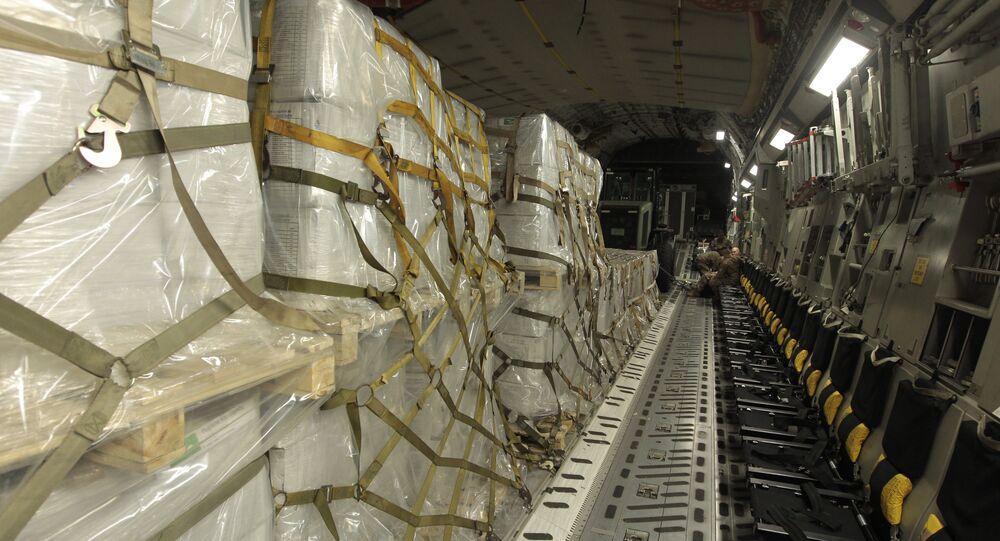 The United States' provocations in Venezuela, if implemented, would dramatically increase the level of tension and confrontation in the world, the Russian Foreign Ministry has said in a statement.

Russian Foreign Ministry spokeswoman Maria Zakharova stated that US plans to deliver humanitarian aid to Venezuela could lead to clashes and would create a convenient pretext for the removal of Nicolas Maduro from power.

"The development of events in Venezuela has come to a critical point, everyone understands this. On 23 February, a dangerous large-scale provocation is set to take place, instigated by the Washington-led crossing of the Venezuelan border with a so-called humanitarian convoy, which may lead to clashes between supporters and opponents, forming a convenient pretext for military action to remove the current legitimate president from government", Zakharova said in the briefing.

The US is planning to transfer weapons and special troops close to Venezuela, according to the spokeswoman.

"We have evidence that US companies and their NATO allies are working on the issue of acquiring a large batch of weapons and ammunition in an Eastern European country for their subsequent transfer to Venezuelan opposition forces", she said during the briefing.

© AP Photo / J. David Ake
Bernie Sanders Refuses to Recognise Guaido as Venezuela's Interim President (VIDEO)
The statement comes amid an escalation of tensions in the Latin America country in light of the situation with US humanitarian aid.

Earlier in February, the Venezuelan opposition stated that the delivery of US humanitarian aid to Venezuela would begin on 23 February. The government of Nicolas Maduro intends to prevent the aid from being supplied to the country. The president has slammed the US move as an attempt to overthrow him.

On 21 February, Venezuelan opposition leader Juan Guaido, alongside members of the opposition-led parliament, set off to the country's border with Colombia to welcome the delivery of US aid despite Maduro's pledge to turn it back.

© AP Photo / Andrew Harnik
US Does Not Want Venezuela to Be ‘Cuban Puppet State’ - Pompeo
Guaido, the speaker of Venezuela's parliament, proclaimed himself the country's interim president on 23 January. Maduro has reacted to the move, calling Guaido a US puppet and accusing Washington of organising a coup in the country.

The United States, Canada and a number of other countries have recognised Guaido's administration, while Russia, China, Mexico and Turkey, along with others, have emphasised that Maduro is the legitimate president and called for dialogue.