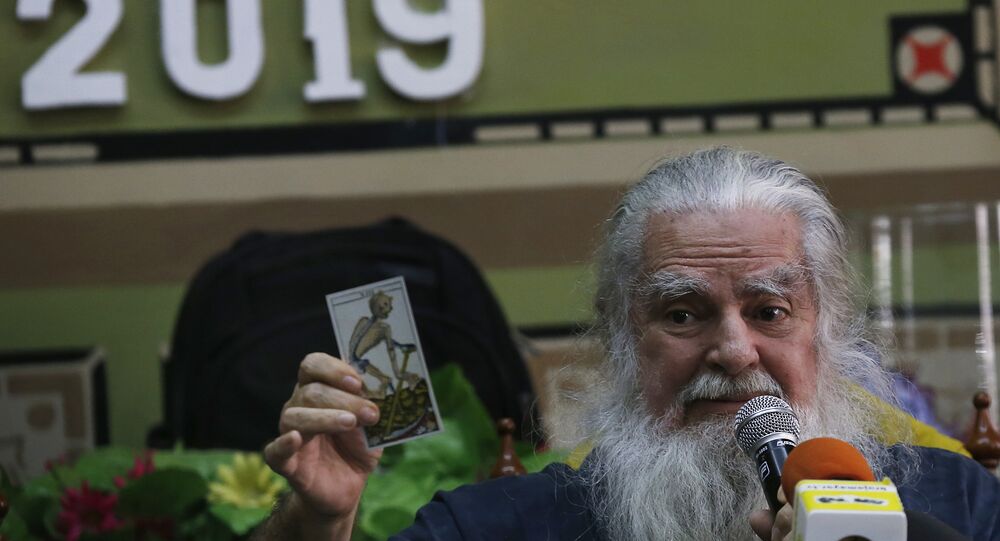 According to the annual predictions of a notorious Mexican psychic, US President Donald Trump’s longed-for border wall ‘is never going to happen.’

© REUTERS / Mohammed Salem
Econ 101: Trump Gov’t Shutdown Costs More Than His Border Wall Budget
Known in his native Mexico as ‘The Grand Warlock,' the infamous trickster has released his much-anticipated annual predictions, particularly those including Trump's continued partial shutdown of the US government, as the strikingly-polarizing US leader continues to demand that a $5.6-billion wall be built on the US-Mexico border, according to the South China Morning Post (SCMP).

Born Antonio Vazquez, the self-described wizard flatly stated that the US president will not receive the money to build his wall — a much-ballyhooed 2016 Trump campaign promise — in 2019 or ever.

"He's not going to get [the money]," intoned The Grand Warlock, adding that, "on Tuesday or Wednesday there will be a very grave problem arising from this wall foolishness," cited by SCMP.

"That wall will never be built," Vazquez repeated, while peering at Tarot cards over a flowing white beard.

© AP Photo / Pablo Martinez Monsivais
Trump Doubles Down on Claim Mexico Paying for Border Wall Through Trade Deal
Vazquez's opinion arrived on the same day that Trump declared he would "do whatever we have to do," even to the point of maintaining the partial DC shutdown for "a very long period of time," as a means of getting what he wants: the approval — in the form of $5.6 billion — from the US Congress to build a wall on the 2000-mile US-Mexico border.

Vazquez's record has hardly been 100 percent, as he also predicted in 2016 that Trump would not be elected.

His heavily-refuted assertion that Mexico would upset Germany in the recent FIFA World Cup, however, made him a folk hero of sorts in his native land.