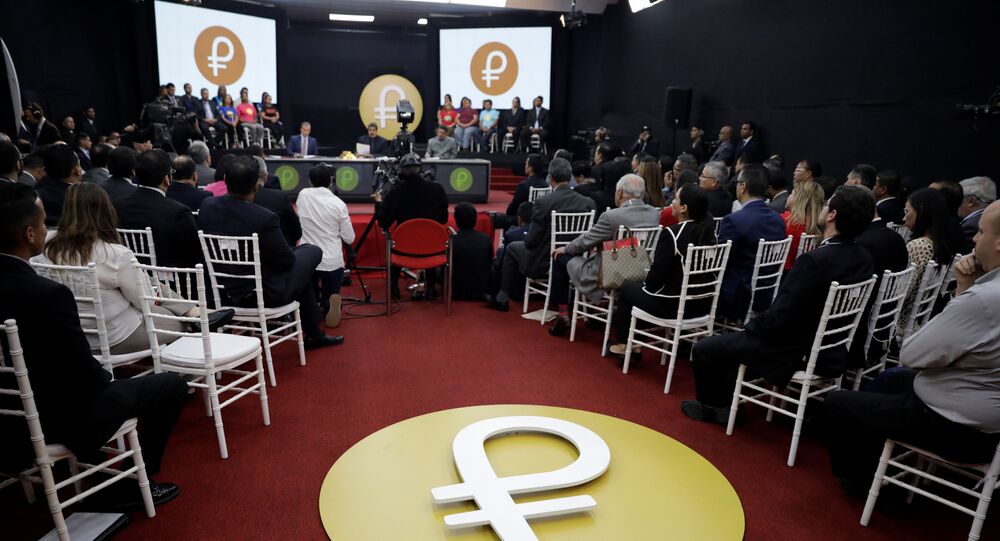 Venezuela reportedly sought to hold a conference in India and essentially used the opportunity to promote its national oil-backed currency El Petro. Most importantly, the Latin American country seems to have found a means to attain its strategic goal.

Venezuela has offered India a 30 percent discount on their crude oil purchases, but only if India makes use of the newly introduced Petro coin, which operates through the blockchain, or distributed ledger-based technology, The Business Standard reported.

The deal was clenched as a team of experts from Venezuela’s blockchain department traveled to India last month, as multiple sources suggested to The Business Standard, adding that they entered into an accord with Coinsecure, a Delhi bitcoin trading player, to sell Petro in India.

India hates #bitcoin, but may use petro coz it solves third world problems and still benefit the govt.

More specifically, a representative for the cryptocurrency exchange firm noted that they planned to provide the Latin American partner with 10-15 cryptocurrency players. Maduro also reportedly considered coming to India for a conference to officially pitch his financial brainchild.

© Sputnik / Vladimir Fedorenko
Why Gaddafi's Gold Dinars, Petro-Yuan Pose No Threat to US Dollar Dominance… Yet

Also, according to the sources cited by The Business Standard, apart from India, Venezuela is proposing the same business plan for other countries.

Venezuela, which is currently suffering from galloping inflation and the collapse of its national currency, the Bolivar, after being severely hit by US sanctions, is pinning much hope on Petro as a potential instrument for economic stability and independence.

What makes it different from most other cryptocurrencies is that it is the one and only around the world to be backed by oil supplies, most notably, Venezuela’s vast 300-billion-barrel reserve, which leaves even Saudi Arabia with its 266 billion barrels far behind.

However, US President Donald Trump has pursued a harsh stance on Petro, signing it into an executive order that US citizens are prohibited from using Venezuela’s virtual money, which he says Caracas will exploit for the purpose of getting around US sanctions.

According to some reports, the Petro has already raised more than $3.8 billion, with 127 countries having placed pre-orders since February 20. Sales are slated for after the country’s presidential election, which is due to take place on May 20.

Russian Diplomat Slams 'Destructive and Irrational' US Policy Toward Venezuela