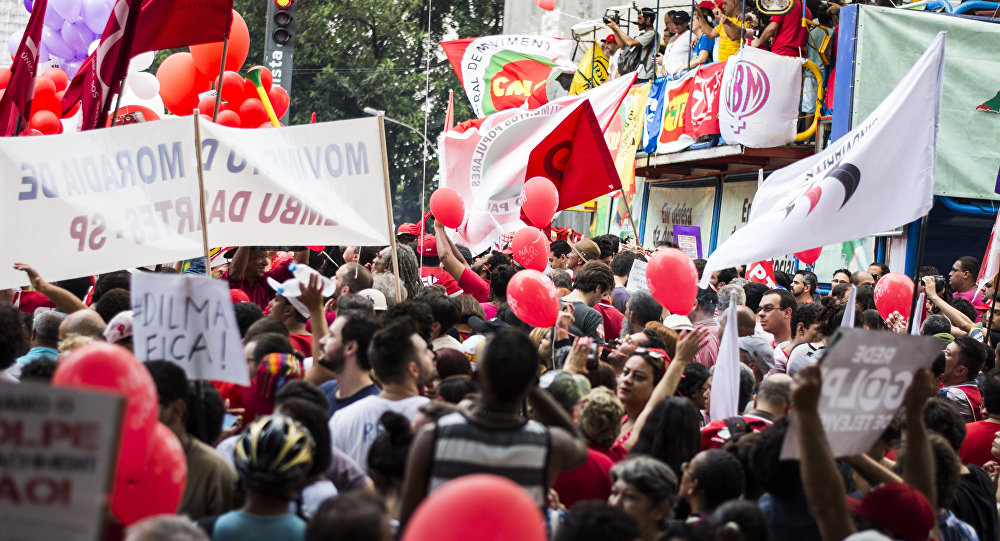 Over 60% of Brazilians do not believe that President Dilma Rousseff should be subject to impeachment proceedings, but a cadre of corrupt far right politicians armed with NSA surveillance documents continue to push for her ouster.

On Monday, a 65-member congressional committee in Brazil voted to advance impeachment proceedings against President Dilma Rousseff, in relation to the "carwash" corruption investigation. Although President Rousseff is not herself implicated in illegal or corrupt activity, the impeachment is proceeding on the grounds of "a crime of responsibility," suggesting that she should have taken action to prevent corruption.

The congressional committee voted 38 to 27 in favor of impeachment, advancing the proceedings to a full vote of the lower house. If the lower house votes for impeachment by a two-thirds majority, the matter moves to a Senate vote to determine whether to advance a trial, with a simple majority sufficing.

If the Senate votes for an impeachment trial, Rousseff will be relieved of her duties for 180 days, pending trial. If the Senate, following the trial, returns a two-thirds vote for impeachment, President Rousseff would be permanently removed from office.

The investigation was sparked by information compiled from NSA surveillance of President Rousseff, members of the Brazilian government, and the major Brazilian oil company Petrobras. Within Brazil, and internationally, it has been questioned whether the proceedings are legitimate, or part of a concerted strategy by the United States to conduct a political coup.

Loud & Clear’s Brian Becker sat down with Brazilian political analyst Pepe Escobar to discuss the cause of the impeachment proceedings, and what to expect next.

"Yes, it is, that is the short answer," stated Escobar. "Kafka, the surrealist, could never come up with something like this political intrigue in Brazil. It says it all. The composition of this congressional committee shows it. Of the 38 who voted for impeachment, 35 are actually under investigation for corruption, and of the 27 who voted against impeachment, only 2 are under investigation for corruption."

Escobar worries what will transpire if the impeachment proceedings, whether or not legitimate, move forward. "If they manage to pass in the Congress floor, if they have the 2/3 majority to send it to the Senate — that would be the beginning of the end of the Dilma Rousseff government," said Escobar.

"It is a political vendetta. Especially by members of the center-right opposition and even members of the ruling coalition, and two major figures orchestrating this farce, in fact, are the Vice President of Brazil Michel Temer and the leader of the lower house Eduardo Cunha who, himself, is being investigated left and right for illegal accounts in Switzerland, and he came up in the Panama Papers as well," detailed Escobar.

"It is completely crazy," Escobar said, noting that over 60% of the Brazilian population, according to recent polls, do not believe that Rousseff should be impeached.  Despite popular sentiment against impeachment, "if a full open vote at the Congress floor by mid-April is against Dilma by a 2/3 margin, then she’ll be sidelined for 180 days and, for all practical purposes, VP Michel Temer will be the President."

Will Dilma Rousseff be impeached?

"This is not going to happen, based on the latest inside information, because there has been a groundswell of public opinion in Brazil," said Escobar. "The lower house vote will take place on a Sunday, which is strategic in Brazil because most people are watching football games, soccer games, on Sunday afternoon so they scheduled it when most people are relaxing with their families."

Escobar does not expect that the Sunday vote will distract the public. "In this case, about 90% of the population will be glued to the TV stations following it. They are going to name people who are behind the coup, the architects of the coup are fully identified – the vice president and the leader of the lower house. Public opinion has turned against the perpetrators of the coup and nobody is talking about the carwash investigation anymore," said Escobar.

What was the carwash investigation?

"The real beginning is the NSA spying on Petrobras, the major Brazilian oil company, and members of the Brazilian government including President Dilma Rousseff, including her personal cell phone," explained Escobar.  "This was the starting point for an obscure judge in one of Brazil’s southern states to start an investigation with information about Petrobras leaked or directed to him by the NSA leak."

The NSA leak, Escobar said, showed a criminal cell inside of Petrobras directing contracts to a construction company, with kickbacks leaking into political parties. Escobar argues that "this is something that happens in other countries, even in the United States, but it is just done in a much more sophisticated way than in Brazil. This happens everywhere in the developing world." 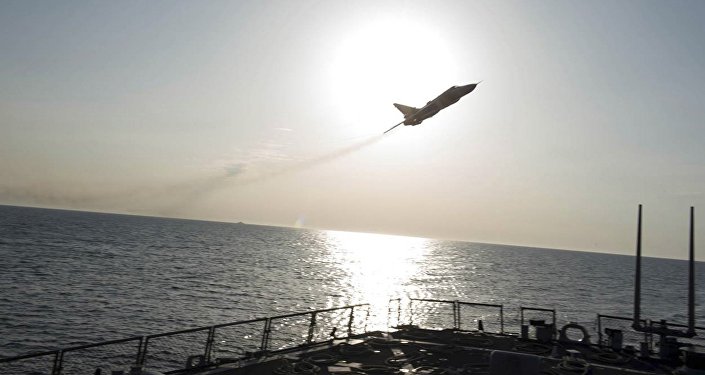 The problem with the investigation, in Escobar’s opinion, is not that corruption was discovered and whether or not it should be stamped out, but that the investigation is proceeding in a targeted manner.

Are US and Western governments behind the impeachment efforts?

"It is slightly more complicated than that," said Escobar. "There are elements of foreign manipulation, including Wall Street betting against the Dilma Rousseff government since she won her reelection in late 2014, and the fact that all of these center right interests are aligned with our American friends."

Another reason for this development, Escobar suggests, is a concerted effort by the West to turn back the tide of socialism and workers’ rights in South America, with similar developments occurring in recent years in Argentina, Ecuador, and Bolivia.

© AFP 2019 / Michael B. Thomas
Weary World Policeman: There's Something to Be Said For Trump's NATO Plans

Escobar also observes that the US has a direct interest in the collapse of the BRICS alliance between Brazil, Russia, India, China and South Africa, which threatens America’s economic hegemony. "If there was a fall of the Brazilian government it would result in an imploding of the BRICS alliance, which is a wide-open secret."

Escobar believes that the United States seeks the toppling of the Rousseff government and the Workers’ Party in Brazil, but the motives behind the investigation have a strong internal component, with former economic ruling elites wanting to reclaim power and distract attention from their corrupt activities.