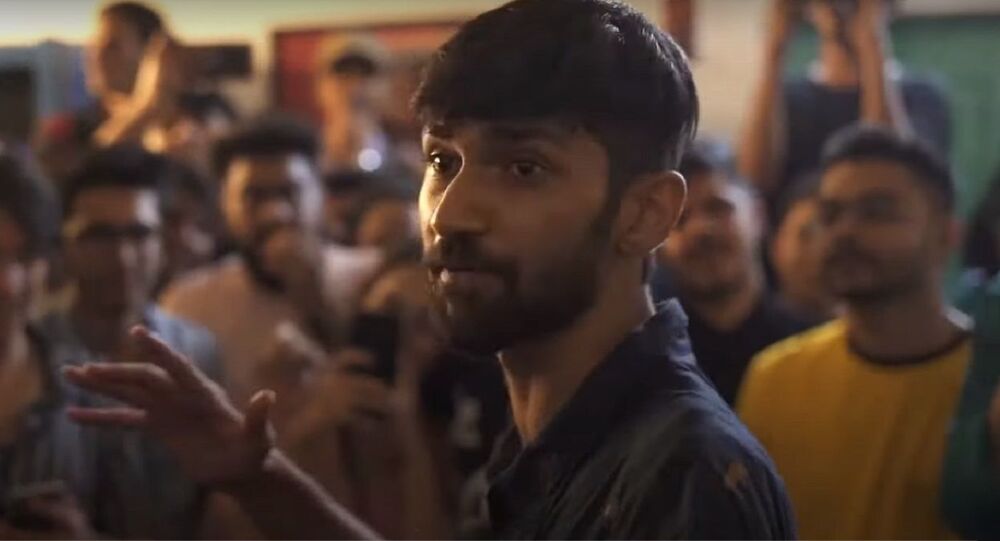 On Wednesday, Delhi Police said they have tracked down Aaditya Tiwari, aka MC Kode – a popular personality from the underground hip-hop circuit – in India's Madhya Pradesh state.

According to the police, the rapper went missing after posting an ambiguous Instagram story on 2 June.

"We received information that Tiwari was at his friend’s house in Jabalpur city of Madhya Pradesh state. We are presuming that he contacted his friend and went to live at his place. We haven’t questioned him yet and our team is bringing him back to Delhi. Later we ask him about his disappearance,” Deputy Commissioner of Police (South) Atul Thakur told media.

Tiwari faced a backlash and death threats after a video of an old rap battle resurfaced. It purportedly shows Tiwari reciting disrespectful lyrics about Hindu scriptures.

Deepa Tiwari, the rapper's mother, filed a complaint to police on 4 June saying that since the video went viral, people have trolled her son and even turned up at his house.

She further claims that nine brands have stripped Tiwari of their endorsements. Meanwhile, one person even offered a reward of $687 for anyone who slaps him 20 times and records it.

Several big names in the rap world including Raftaar and Divine have posted messages on social media in a bid to Tiwari.

High on 'Ecstasy': Excited Indian Politician Turns Rapper Over Ram Temple, Eminem Got Nothing on Him