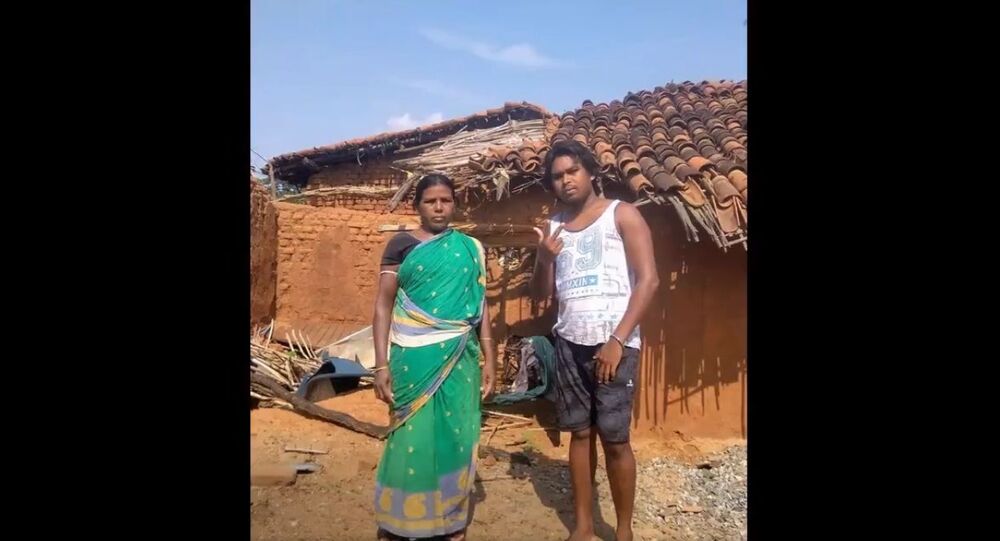 New Delhi (Sputnik): The coronavirus-induced lockdown triggered a migrant crisis in India, leaving millions of labourers displaced. In a desperate move to reach their home villages, many were forced to make long journeys on foot and more than 100 died.

A tutor from India’s remote Kalahandi district in Odisha has become a viral sensation for a rap song in which he expresses anguish over the plight of migrant labourers.

Duleswar Tandi, who goes by the pseudonym ‘Rapper Dule Rocker’ is himself facing financial hardship due to lockdown curbs. He says he wants to question the government on the plight of the poor, who he feels have been abandoned by the authorities, the People's Archive of Rural India, a non-profilt organization, quotes him as saying.

In Kalahandi district, Duleshwar Tandi – ‘Rapper Dule Rocker’ – a tuition teacher, construction worker and occasional migrant, expresses anguish through this song at the plight of migrants in the lockdown. @DuleRocker pic.twitter.com/3uVc9g4soD

The rapper says he has expressed his pain through songs as he seeks to highlight the plight of the poor.

Tandi, who has a passion for rapping, is a science graduate. Since his video has gone viral in social media, he is receiving praise for his “powerful” rapping.

Amazing!!! It is not a usual rap, it is filled with rare passion and angst. https://t.co/qlEGkg1M6v

@swatic12 you need to watch this. This is lit 🔥

The 27-year-old tutor says that the poor have to “raise a voice against the powerful”.

“Maybe the government does not want to provide relief – let the poor remain poor otherwise, no one will support the government,” Tandi is quoted by the People's Archive of Rural India as saying.

Indian Prime Minister Narendra Modi declared a national lockdown on 24 March to prevent the spread of the coronavirus. The country is now in the second stage of unlocking and a lot of migrant labourers have started returning to the cities.