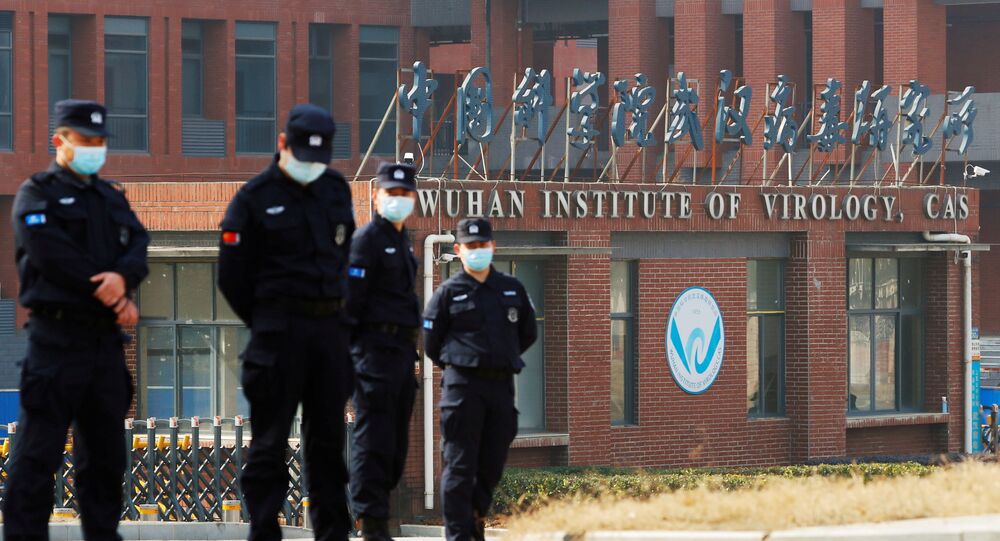 China has slammed a US probe into the origins of the coronavirus, saying Washington is not interested "to find out the truth, it does not want any scientific research, this is just a political game, an attempt to throw the blame on others and throw off their responsibility".

Slightly over a month before the World Health Organisation (WHO) declared the coronavirus a pandemic, several Indian scientists and experts reportedly flagged circumstantial evidence that suggested the virus had leaked from the Wuhan Institute of Virology (WIV).

On 31 January 2020, a team of biologists from the Kusuma School of Biological Sciences at the Indian Institute of Technology (IIT) Delhi released a 22-page research paper on the bioRxiv online platform that suggested an "uncanny similarity" between aspects of SARS-CoV-2 and HIV.

During their study of the protein structure of the virus, the team found four unique inserts in the novel coronavirus glycoprotein not seen in any other coronaviruses. The inserts are critical for the virus to identify and latch onto host cells in humans and then multiply, media reports say.

The scientific study signalled the possibility of the virus having been engineered in a lab, but the team was simultaneously bombarded with criticism that led them to withdraw the paper soon after it was posted, according to the MIT Technology Review.

Indian scientists Rahul Bahulikar and Monali Rahalkar from Maharashtra state’s Pune city started an online expedition at the end of March 2020 to unravel the origins of COVID-19.

Sharing their experience of the investigation, Bahulikar and Rahalkar told Indian magazine The Week that after reading several scientific papers on coronaviruses and COVID-19, they found out that a relative of SARS-CoV-2, RATG13, a coronavirus, had been collected from a mineshaft in Mojiang in Yunnan province in southern China by the Wuhan Institute of Virology (WIV).

Both Bahulikar and Rahalkar rejected the theory that COVID-19 originated as a natural infection leaping from animals to humans, suggesting that it does not have any proof.

According to them, the structure of the SARS-CoV2, the virus behind COVID-19, reveals that it was ready to infect humans, indicating that it might have come from a lab.

They published their findings in the science journal Nature, following which they were contacted by a Twitter user called SEEKER.

SEEKER was part of a group of amateur sleuths called "DRASTIC", who recently made headlines by breaking the Wuhan lab story. DRASTIC, or Decentralised Radical Autonomous Search Team Investigating COVID-19, is a group of 24 people that began looking into clues from Chinese scientific databases shortly after the pandemic broke out.

"Thanks to DRASTIC, we now know that the WIV had an extensive collection of coronaviruses gathered over many years of foraging in the bat caves and that many of them -- including the closest-known relative to the pandemic virus, SARS-CoV-2 -- came from a mineshaft where three men died from a suspected SARS-like disease in 2012", Newsweek reported.

The scientist duo, Rahul Bahulikar and Monali Rahalkar, has urged the WHO to probe deeper into the lab leak theory, after its mission to Wuhan in March announced that the laboratory origin claim was "extremely unlikely".

Intelligence agencies of a number of countries around the world have been conducting their own investigations to determine the origin of the virus.

US President Joe Biden also recently ordered intelligence agencies to redouble their efforts to examine how the virus originated, including the lab leak theory.

The European Union, the UK, Australia, and Japan also have joined the US in seeking a deeper probe into the origins of the pandemic.