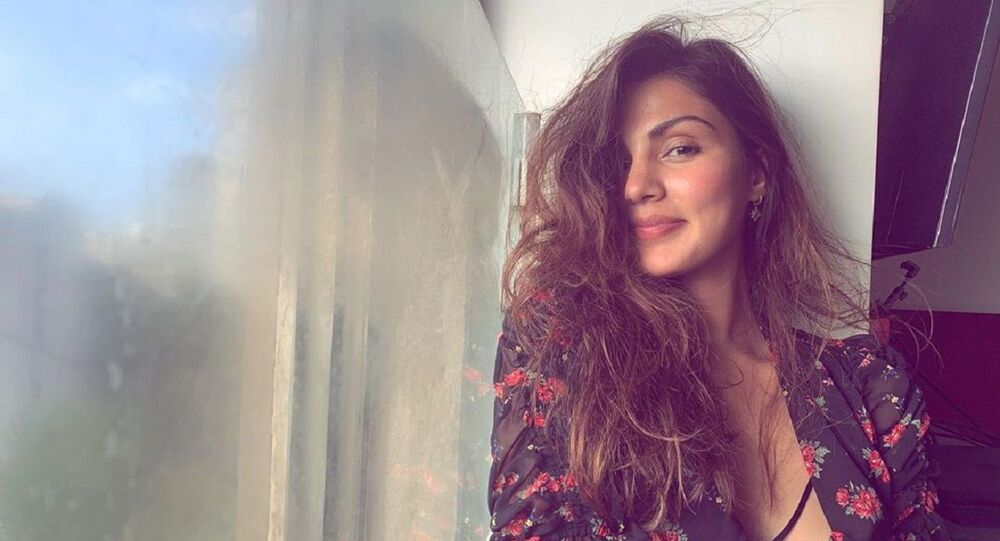 A Bollywood controversy involving the death of actor Sushant Singh Rajput and arrest of his girlfriend actress Rhea Chakraborty for allegedly supplying drugs to him and being linked to a purported drug syndicate has stunned everyone. After spending 28 days in jail, the actress was granted bail in October 2020.

Bollywood filmmaker Rumi Jaffery has said that actress Rhea Chakraborty, who has been under investigation after her boyfriend and actor Sushant Singh Rajput was found dead at his Mumbai flat in June 2020, "should also get a fair trial".

"People drew their own conclusions on the matter. Ideally, we should wait for the judiciary [to give its verdict]. Every coin has two sides, but Rhea should also get a fair trial. I have the highest regard for those who supported her then," he added.

The statement came as an unreleased film starring Chakraborty titled ‘Chehre’, which was held back due to the shutdown of movie theatres amid the COVID pandemic, will soon feature on screens in 2021.

Starring along with Bollywood megastar Amitabh Bachchan and Emraan Hashmi, the suspense thriller will mark Rhea’s return to the big screen after a tumultuous 2020.

Rumi Jaffery supports Rhea Chakraborty as she returns to the big screen with ‘Chehre’, believes she should get a fair trial | Hindi Movie News https://t.co/NQO26sM90N

The director of Rhea's upcoming movie 'Chehre', Rumi Jaffery recently met the actress and has come out in support of her.

While many celebrities and fans feel that Rhea’s acting career has come to an end, Jaffery feels that she will soon surpass this worst phase of her life and bounce back into action.

"I am confident she will get through this phase. Everybody around will advise you to be brave, but only the one going through [the ordeal] knows how difficult it is. Time is the best healer; with time, she will be fine. She is a talented artiste and will be ready to bounce back,” Jaffery told Indian News website Mid Day.

Rhea and her brother Showik were put behind bars by India’s Narcotics Control Bureau (NCB). The actress was brutally scrutinised by India media through media trials alongside the death probe of her boyfriend actor Sushant on the intervening night of 14-15 June at his Mumbai flat and her alleged links to a drug syndicate.

A section of the Bollywood — including Vidya Balan, Hansal Mehta, Dia Mirza, Taapsee Pannu, Farhan Akhtar and many others — came out in support of her.

The actress was recently spotted house hunting in Mumbai along with her brother and also appeared before the NCB officials for mandatory attendance.

Several petitions have been filed at the Supreme Court requesting for the closure of the case, which has been investigated by three federal investigative agencies – the CBI, Enforcement Directorate (ED), and Narcotics Control Bureau (NCB)obver the past seven months.