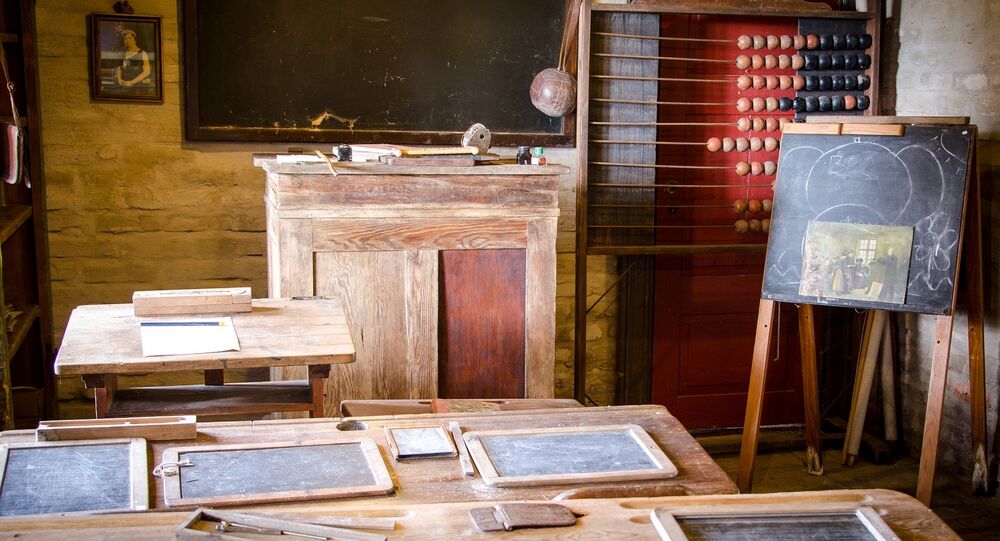 Climbed Atop Hill for Online Classes, Battled Slithering Snakes: Indian Girl Who Got Web to Her Town

New Delhi (Sputnik): The COVID-19 pandemic has for many resulted in a grand global experiment – working from home. The studies of millions of students worldwide have moved online due to global lockdowns. UNICEF recently revealed, however, that over 463 million school students around the globe have not had access to the internet in the past months.

Swapnil Sutar, a third-year student of veterinary studies from the city of Mumbai, is one of tens of thousands of students who have returned from big cities to their hometowns after a national lockdown was declared across India in mid-March.

The reasons are glaring: the fear of catching the deadly COVID-19 infection, and financial constraints that have affected the cost of living in metro cities.

After packing her bags with only the essentials, Sutar left Mumbai for her village, Dariste, located in the interior of Maharashtra state, near the Sindhudurg district.

Internet access in the region is patchy, but the future veterinarian was persistent, and worked diligently so that she would not miss her online classes.

Every day between March and June, Sutar climbed atop a nearby hill, where her smartphone could get signal, and studied online.

Later, after the monsoon season arrived, Sutar’s brothers made her a tiny makeshift tent-like structure on the hilltop as she continued her studies online.

Recounting her experience of those days, she remembers monsoon snakes slithering around her little tent while she was immersed in her studies.

“I would get uninterrupted internet on a hill, which is 1.5 km away from my house. So, every day I trekked up the hill, carrying my laptop, to attend online lectures,” Sutar told Sputnik.

Local authorities shared Sutar’s story on social networking platforms including Facebook, WhatsApp and Twitter. As more and more people heard about the story, it rapidly gathered traction on social media.

“Rural India needs internet just as much as bigger cities. Nowadays, with the monsoons specially, several rural parts of India are facing network and electricity issues. I think our government is not focusing on the implementation of  schemes in a proper way. Most of the government schemes are not reaching the end person,” Sutar said.

“Only through internet and social media, the legit problems of the grassroots of our country can reach up to government in time,” she added,  restating the urgency of deploying proper networks into the interior of India so that students can take advantage of the lockdown to study and acquire new skills.

Under the national BharatNet scheme, web connectivity finally reached Dariste, and Sutar now can study within the protecting walls of her home. BharatNet is a national project established in 2017 to provide affordable broadband connectivity for all households, in line with the government’s Digital India project.

She is Swapnali Sutar from Dariste village of MH. Few days back her pic went viral of studying under a shade.@PMOIndia helped her, officials of the MinistryofElectronics & IT and BharatNet reached her village & laid down required cables from gram panchayat directly to her home. pic.twitter.com/GY602OjNH1

In the first half of 2020, online statistics platform Internetworldstats.com released a report that ranked India as second largest user base in the world, with nearly 600 million internet users.

Using BharatNet and similar programs, the government promised to connect over 600,000 rural areas to the internet by 2021-2022.

This year, on 15 August, as India marked its 73rd Independence Day, Prime Minister Narendra Modi hoisted the national tricolour flag atop Delhi’s iconic Red Fort and, during his national address, announced the extension of internet connectivity to every village in the country within the next “thousand days”.

In recent months, however, stories of students like Sutar experiencing poor internet and unable to find affordable and functional digital devices, have made it to the headlines. A few stories have ended tragically, after some school students have reportedly killed themselves because they cannot keep up with their studies.

In the month of June alone, several gut-wrenching stories of students succumbing to the obstructions in online classes dying by suicide have made it to the headlines in India. pic.twitter.com/6NjLGzdr01

​One suicide, by a 10th standard teenager, was reported in Kerala state’s Mallapuram area in June.

Due to a lack of internet connectivity and an inability to keep up with online classes, a 14-year-old girl reportedly lit herself on fire. Her charred body was discovered from near her house alongside an empty kerosene bottle.

She had bagged the Ayyankali scholarship and was anxious about not being able to attend online classes for lack of access to internet. pic.twitter.com/sR5KAxcCqw

​At the time, student activists marched to the office of Deputy Director of Education (DDE) in Malappuram, demanding that all online classes be stopped until every student in the state has accessibility to usable smartphones and the internet.

The protest did not end well.

#Police_brutality_on_Msf_protest@msfIndiaonline conducted massive protests against irresponsibility of the Kerala Government that,"Institutional Murder" of a poor dalit girl due to her inability to attend online classes conducted by government. @iumlofficial @ANI @MuzafarAbrar pic.twitter.com/ox1KfSWRdj

This string of cases, however, bluntly points to challenges facing a country which aims to be digitally empowered and self-reliant in the near future.

While Indian government claims to be working on deploying web connectivity in far-off terrain of the country's enormous landscape, state governments like Kerala are ahead of others in focusing attention on the mental health of teenagers that may be additionally affected by the current extraordinary circumstances.

Talking to Sputnik in Gandhidham, near Gujarat’s famous white sand desert of Kutch, Joint Commissioner Dev Prakash Meena said: “For example, there is a district in Gujarat state called Dang. The least populated area of PM Modi’s home-state, Dang is also one of the most backward areas of India.”

“It’s surrounded by lush green forests, tribal civilisations thrive there, and it’s also a noted tourist attraction. We had gone for a visit once, only to find out that the area receives no mobile signal whatsoever. People there live in their own bubble world, light years away from the technical age Indians living in metro cities enjoy,” he said.

Highlighting that India, behind China, is the world’s second largest market for internet usage and smartphones, Meena noted that until collective efforts for the ordinary citizen are put in order, India’s development will be slow-paced.

“If the government authorities, posted in India’s rural areas, bring forth stories like that of Swapnil Sutar, just like her village, other unheard of Indian villages could also get recognition and digital connectivity,” Meena noted.

Ambani insisted that policy steps be taken with utmost urgency to upgrade connectivity networks in the nation.

Students from remote locations are making efforts to make their voices heard in developing India.

Recently, an engineering student from Central India's (Maoist)-hit Bastar district in Chhattisgarh state developed a mobile application titled 'Guhaar' (request), that allows users, even those with old phones, to lodge complaints via a short message service (SMS) or a voice message in their own dialects.

'Guhaar' is a public grievance app of District Bastar. During covid this app has become to "voice of people" To file their complaints on ration, water, travel pass, medical emergency.

​While many parts of rural India hope to soon get internet, modern India presently stands on the cusp of implenting 5G, although trials are currently delayed due to the pandemic.

India is currently using 4G internet, available to millions at some of the world’s cheapest data prices, according to reports.