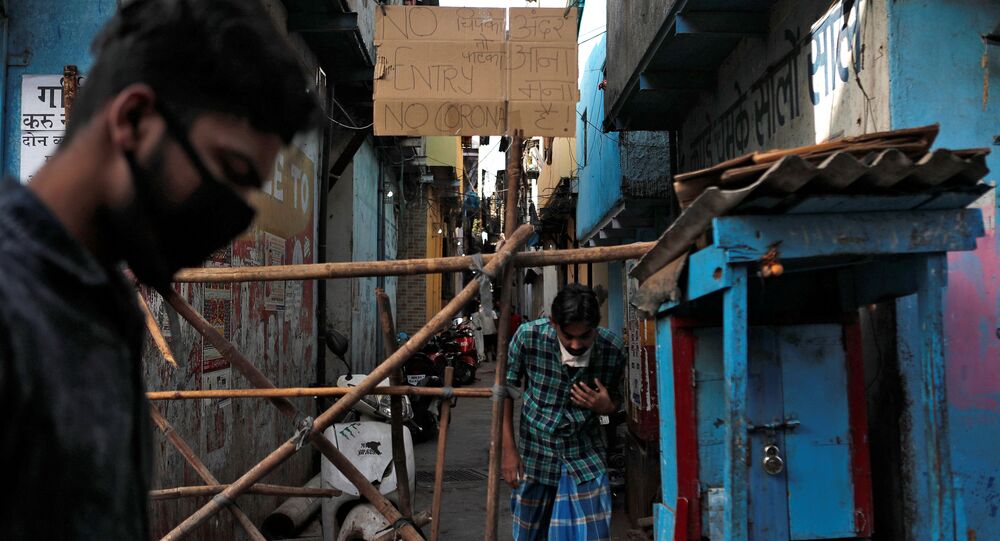 New Delhi (Sputnik): In order to increase its expenditure on health and welfare of the poor in the crisis emerging due to COVID-19 lockdown, Indian government is taking measures by cutting short its expenditure in other areas.

India freezes dearness allowances/relief to around 11 million government employees/pensioners for next one year due to unprecedented financial condition arising due to COVID-19.

India freezes dearness allowances/relief to around 11 million Govt employees/pensioners for next one year due to unprecedented financial condition arises due to #COVIDー19
. Government will save around $500 million from the decision. pic.twitter.com/dCjparAVdF

​Reasoning the cut in dearness allowances and relief, government statement read: “The unprecedented situation arising from the COVID-19 pandemic has placed additional demands on the government finances. There is a need for major increase in the expenditure on health as well as on welfare measures for various affected sections of society including the poor and vulnerable”.

The government will save around $500 million from freezing the three instalments of dearness allowance and relief to central government employees. The speculations are that the state governments might as well follow the suit, resulting in $10852 million saving for state.

Earlier the cabinet had reduced the salaries, allowances and pensions of the members of Parliament by 30 percent for one year. The monthly salary of an MP ranges from $1313 to $919 (Rs 100,000 to Rs 70,000). The government has also suspended MP funds for local area development for two years, which made around $1039 million (Rs 7900 crore).

However, Indian Prime Minister Narendra Modi in his announcement of national lockdown had stated that companies must refrain from cutting salaries of its employees. The similar guidelines for private sector were released by the Ministry of Home Affairs.

The Indian Health and Welfare Ministry has also announced $1972 million (Rs15000 crore) for Covid-19 Emergency Response and Health System Preparedness Package. The Indian government is facing a five percent drop in its direct tax collection for April 2019 to March 2020.