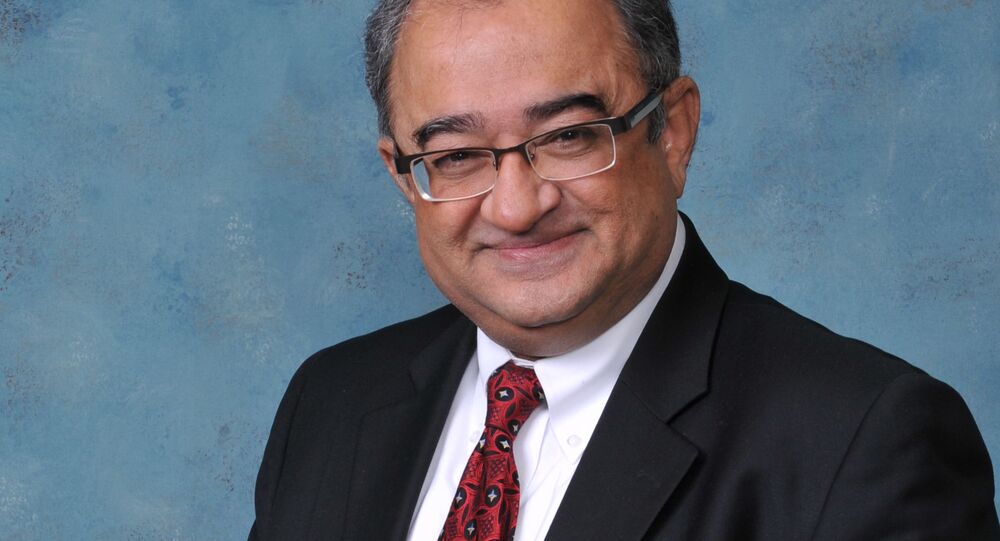 New Delhi (Sputnik): Pakistan-born Canadian writer Tarek Fatah has often attracted controversy for his staunch criticism of Islam and his twitter timeline remains abuzz with activities, often drawing flak. He has been invited to India on various occasions in the past for speeches and discussions.

Columnist Tarek Fatah, who calls himself an Indian born in Pakistan and an advocate of liberal and progressive Muslim identity, has shared a video on Twitter where a burqa-clad woman and a man can be seen dancing to a Bollywood song. The writer, however, hasn't revealed the video's origin.

The burqa or a veil is part of the traditional attire of Muslim women.

The video has drawn diverse reactions – as some asked Fatah to say what’s wrong with a burqa-clad woman dancing, others sought to remark that dancing and singing are forbidden in Islam.

So, what's wrong? Now that the burqa lady is being seen dancing, u r still upset n making fun of it.

So what is funny about it ?

I wonder what all the normally dressed women in that room really think about this. 🤔

Indians need to understand this bigot.. he is spreading hate against Muslim in India which will create further tension in already tense situation.

​Previously, Fatah had tweeted a video of people clad in burqas dancing to a Bollywood number. Tweeting the video, he had asked for confirmation of the video. After much criticism for spreading fake news, Fatah took down the clip and old tweet that Indian news website Scroll reported had been tweeted twice three years ago.

Delhi has witnessed a number of anti-citizenship law protests. A nearly two-month long protest is being held in Delhi's Shaheen Bagh area. The protest is being spearheaded by women against the controversial law that conspicuously excludes Muslims immigrants from being granted Indian citizenship while allowing Buddhists, Jains, Hindus, Sikhs, Christians, and Buddhists to attain this status.

The government of India has clarified on various occasions that the law is not against any community.

The Pakistani-Canadian columnist, who often criticises Pakistan, has often participated in discussions and speeches in India. In 2016, Fatah was invited to participate in multiple intellectual summits such as the India Ideas Conclave.

Fatah is also author of books such as Chasing a Mirage: The Tragic Illusion of an Islamic State and The Jew Is Not My Enemy.