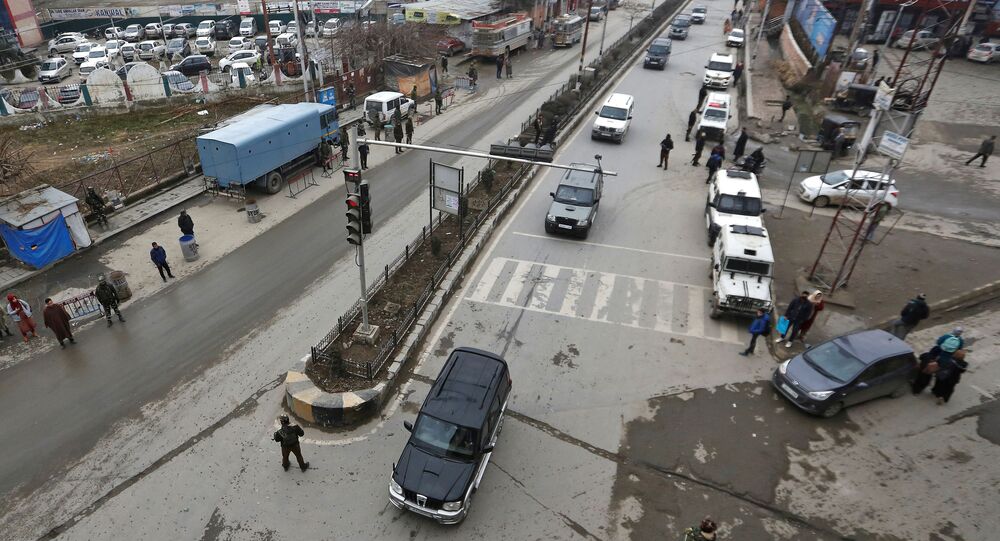 New Delhi (Sputnik): The Indian government’s recent invitation to envoys of the European Union for a guided tour of the restive Kashmir region has been spurned by them. Sources said that the EU members wanted an unguided tour to get the real input rather than restricted travel and meetings in the state for two days.

The Indian government has now arranged a special visit for diplomats from 15 countries, including the US, to Kashmir beginning Thursday to give an on-the-ground experience of the situation in the valley, six months after New Delhi stripped the region of its special status.

This is the first time that India has officially invited them to visit Jammu and Kashmir since the status of the region was changed.

On arrival in Srinagar, the summer capital of the new federally administered territory of Jammu and Kashmir, the diplomats met top security officials to get a briefing on the law and order situation under the new regime. During their stay, the envoys will meet local journalists, representatives of local bodies, and traders in a hotel.

“Envoys from 15 countries including the US are visiting Union Territory of Jammu and Kashmir on 9-10 January”, an Indian Foreign Ministry official said on Thursday morning.

The delegation includes diplomats from Norway, four countries in South America and Africa each, and the rest from Asian countries, including Bangladesh and the Maldives.

Envoys of the EU declined the invitation for a restricted or guided tour under heavy escort. The Hindu newspaper reported that these European Union members had expressed their desire to meet three detained ex-state chiefs, Farooq Abdullah, Omar Abdullah and Mehbooba Mufti, who have been in preventive custody since early August 2019.

However, the government official claimed that the envoys were “free to interact with people subject to security considerations”.

On 5 August 2019, the Indian government abrogated Article 370 of the Constitution, which had granted temporary special status to the state of Jammu and Kashmir for the last seven decades. In a simultaneous decision, New Delhi also divided the erstwhile state into two federally administered territories.

The announcement preceded an unprecedented blockade in the state and the detention of over 500 political leaders, citing law and order issues. The incumbent federal government headed by Prime Minister Narendra Modi claimed that Internet and mobile services, which were suspended for the past five months, have now been restored and the situation was described as “normal”. But still 30-32 prominent leaders of the state continue to be in detention.