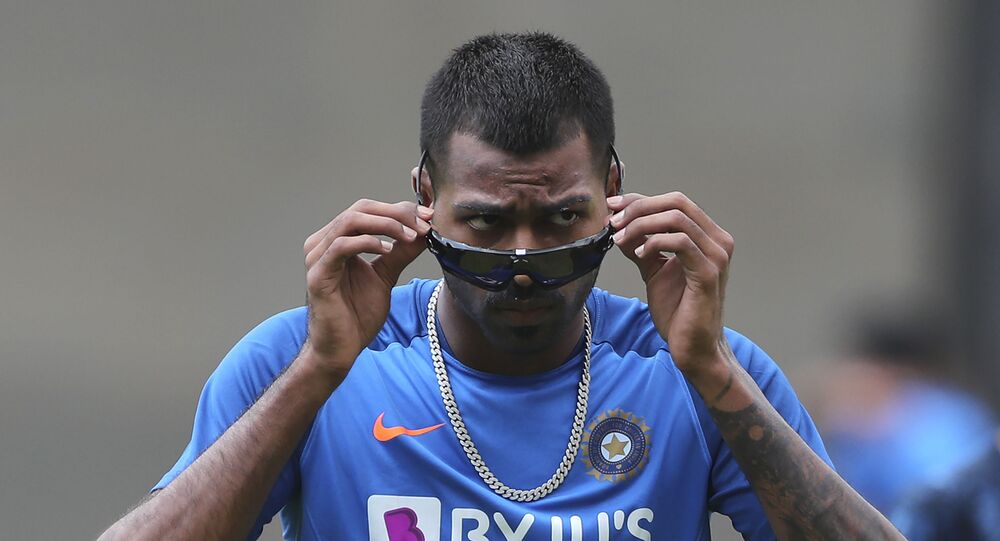 New Delhi (Sputnik): Indian Cricketer Hardik Pandya proposed to Serbian actress-model Natasa Stankovic in a dreamy move on Wednesday, 1 January and went public with the announcement of their engagement through Instagram posts.

The rosy proposal of Hardik to his girlfriend soon took an ugly turn on social media as the urban Internet generation of India started trolling the couple with racial slurs.

Women’s rights activist Kavita Krishnan feels that the very incident puts a spotlight on the Indian obsession with fair skin and clearly shows the racial discrimination within the society.

“I am unfortunately not surprised with it as I myself faced this on social media where trolled me for my skin colour and they think they have the right to pass judgement on my looks”, Krishnan told Sputnik.

Twitter users went all-out in trolling Hardik for his brown skin tone and getting engaged to a woman fairer than him, blatantly displaying the inherent dark side of the society.

Krishnan, who is secretary of the All India Progressive Women’s Association and a member of the Communist Party of India (Marxist-Leninist), said it displays something very disturbing about society and that a well-established cricketer who has achieved so much for the country is being reduced to his skin colour.

“The very idea that a dark skin person can be compared to a monkey exits in the mind of people because there has been little or no attempt by the government and schools to recognise it as racism in contrast to the US or the UK where there would be outrage and uproar if such things happen”, she added.

She further said that the issue was not petty and it should not be trivialised as it is very serious and dangerous to society, where the future of the country indulges in racism.

A firestorm erupted over a children’s book called “The Rabbits’ Wedding” in the 1950s in the US, which was subsequently banned in libraries in Alabama after it landed in hot water for promoting interracial marriages in defiance of state laws that prohibited such unions and sex.

The book with its cover showing a black male rabbit with a white female rabbit was illustrated by author Grath Williams.

Krishnan said that the book makes for a perfect example in this scenario. Making a point, she said Indians should proudly identify themselves as blacks and interracial weddings should not be questioned or seen as a taboo.