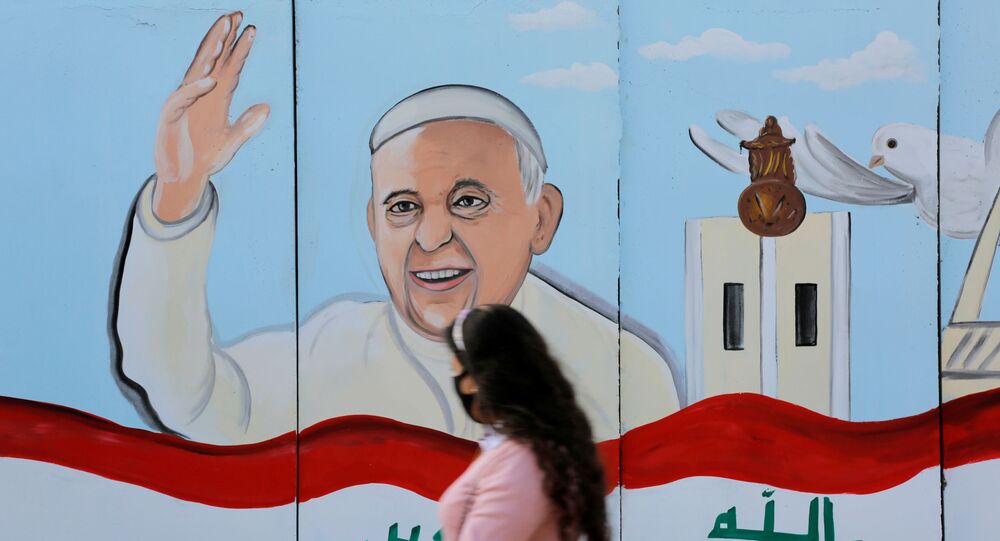 Pope Francis expressed in January that he was unsure "if the trip to Iraq can take place" because "life has changed" amid the pandemic. While Iraq has received its first shipment of novel coronavirus vaccines, there have been at least 13,428 COVID-19 deaths, and over 700,000 people in the country have tested positive for the contagious disease.

Vatican spokesperson Matteo Bruni informed reporters Tuesday that a number of health precautions have been taken ahead of Pope Francis' controversial March 5-8 trip to Iraq, the birthplace of Abraham.

Bruni highlighted that 84-year-old religious leader, his 20-person entourage and more than 70 journalists have been fully inoculated for added protection against novel coronavirus symptoms.

Furthermore, events have been organized to have limited participation and space for social-distancing. There will also be enforcement of a mask mandate in attendance and Pope Francis will be transported via covered car.

At the same, the Vatican has planned to hold a 10,000-person mass in an Erbil stadium.

"An entire community and an entire country will be able to follow this journey through the media and know that the pope is there for them, bringing a message that it is possible to hope even in situations that are most complicated," he said, as reported by the Associated Press.

© REUTERS / Thaier al-Sudani
Christians volunteers decorate streets with the pictures of Pope Francis, ahead of his planned visit to to Iraq, in Qaraqosh, Iraq February 22, 2021. Picture taken February 22, 2021.

The spokesperson also told reporters that it was "an urgency" to travel to the Middle East country, and officials decided against postponing the trip because it is "the first possible moment for a journey like this."

The Vatican's message of urgency comes alongside the 84-year-old religious leader's latest warnings of a Biblical flood. Earlier this week, the head of the Roman Catholic Church warned humanity may soon be met with a "great flood" triggered by climate change.

"Perhaps the best way to interpret this journey is as an act of love for this land, for its people and for its Christians," Bruni told reporters. "Every act of love can be interpreted as extreme, but as an extreme confirmation to be loved and confirmed in that love."

As for event preparation in Iraq, proper health care protocols are "critical but can be managed," according to an Iraqi government official who spoke with the AP.

Many infectious disease professionals worldwide have spoken out against the trip, arguing the series of religious events could go haywire as Christians in Iraq attempt to witness the first-ever visit to the birthplace of Abraham by a pope.

The expert warned that local Iraqis may inadvertently break COVID-19 control measures in their attempt to welcome the religious leader.

The trip will come alongside the beginning of Iraq's COVID-19 vaccination program - meaning most individuals in the country will not be fully inoculated.

"This could potentially lead to unsafe or super-spreading risks," Madani warned.

Dr. Bharat Pankhania, an infectious disease control expert with the University of Exeter College of Medicine, expressed similar sentiments, stating that, during a pandemic, "the less interactions with fellow human beings, the better."

While COVID-19 cases in Iraq dropped to approximately 600 new infections per day at the top of the year, the country has recently observed a surge in case numbers, along with the identification of a new coronavirus variant.