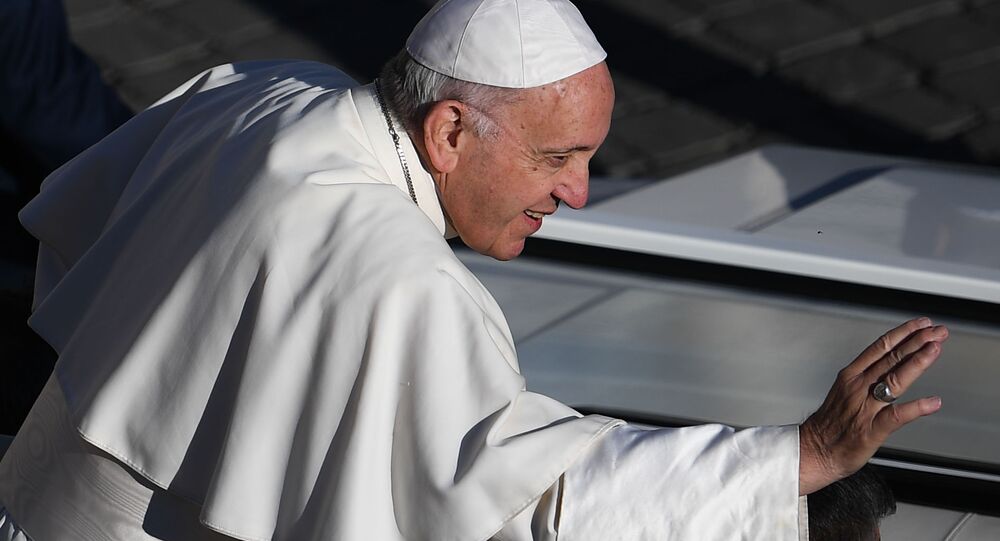 This time, it is climate change rather than God's wrath at the unbridled licentiousness of humanity to blame. According to Pope Francis, humanity should pay more attention to global warming, corruption, and injustice.

The head of the Roman Catholic Church, Pope Francis, has warned mankind about a looming calamity, namely the second "great flood".

The 84-year-old pontiff said that unlike the previous Biblical flood, which was unleashed by God to bring justice and to "cleanse", the second flood would be caused by climate change.

Having ruminated on the biblical flood, Pope Francis calls on humanity to consider a rise in temperatures and the melting of glaciers as a serious threat, before it is too late, the excerpt read. Unless people are eager to change their present stance on the matter, God will take the lead and "clean up" the world of corruption and injustice, the Argentine Jesuit argues.

Such things as prudence, sympathy and empathy should not be forgotten when dealing with the world’s problems, he added.