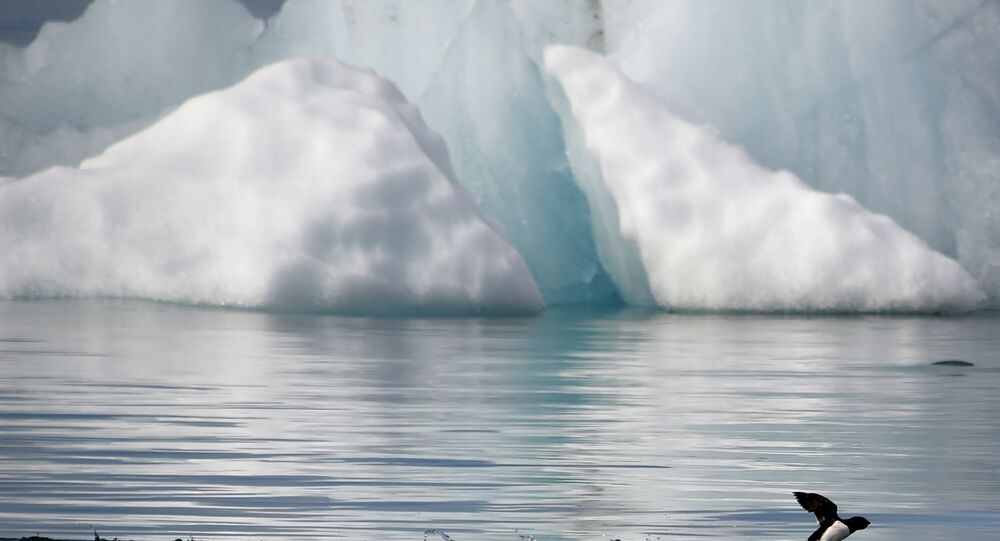 Global warming has caused over three trillion tons of ice to melt from Antarctica in the past quarter-century and tripled ice loss there in the past decade.

While using sensitive seismometers to study the ground below the huge Ross Ice Shelf in the Antarctic (about the size of Spain), a team of researchers led by Colorado State University scientists, picked up a sound frequency emitted by the melting snow which they described as a “warbly, ominous introduction of a monster in a horror movie.”

© CC0
NASA to Launch Laser-Equipped Satellite to Track Melting Land, Sea Ice (VIDEOS)
In 2014, the team placed 34 seismometers in the snow a few meters deep on the Ross Ice Shelf.

Since then they have picked up the low rumblings made by the movement of the shallow snow, called firn that sits atop the ice. They also noticed a drop in pitch of the sounds during a warm spell when some of the snow melted.

The pitch then remained lower, suggesting that damage from these warmer spells can be long-lasting.

The team believes that monitoring vibrations could help predict if the ice shelf is about to break.

Historically, scientists have had difficulty predicting when icebergs will break from their shelves.

“Melting of the firn is broadly considered one of the most important factors in the destabilization of an ice shelf, which then accelerates the streaming of ice into the ocean from abutting ice sheets,” Julien Chaput, a geophysicist at the University of Texas-El Paso, told Earther.

Researchers believe that monitoring the snow’s melt-rate acoustically could be a way to warn scientists when the shelf may become unstable.