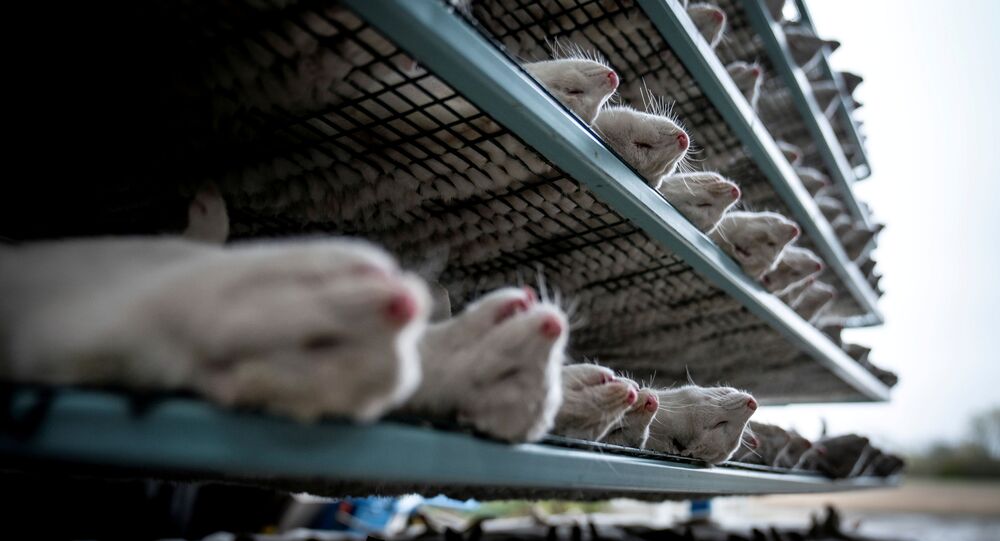 After a mutated version of the coronavirus was found on mink farms, Denmark, the world's biggest exporter of their fur, announced a blanket cull of all of the country's farmed mink, sparking a political crisis of epic proportions.

In a latest twist to the so-called Minkgate, the Danish government said it was considering digging up and cremating the hastily buried carcasses of millions of mink culled to stop the spread of mutated Covid-19.

Now new issues have emerged with the disposal of the gassed mink amid fears that phosphorus and nitrogen could be released in large quantities into the soil surrounding the mass graves due to the decomposition process, contaminating the environment and posing a threat to the population.

Denmark's new Food Minister Rasmus Prehn backed of the idea of exhuming the culled animals and burning them.

“The idea to get rid of the mink and burn them, I have had since day one,” Prehn said as quoted by the newspaper Jyllands-Posten, while admitting such a move would first need the approval of the country's environment agency.

The majority of the Danish parliament backed the exhume-and-cremate initiative. Initially, the Danish Veterinary and Food Administration investigated other options than burial, but discarded them due to practical and logistical problems.

© AP Photo / Geoffroy van der Hasselt / Pool
Danish PM Ridiculed Over Tearful Apology for Mink Drama
Infected mink are classified as “clinical hazardous waste”, which requires special measures for reception and disposal due to the risk of infection. Several Danish incineration plants are approved to incinerate this type of waste, but only in small quantities. And that, of course, would require “a lot of handling and repackaging,” Environment Minister Lea Wermelin admitted.

Last week, gases released during the decomposition process pushed the bloated mink carcasses to the surface of the burial pit, which was deemed too shallow. This prompted an escapade of gallows humour, with netizens joking about “zombie mink”.

Environmentalists also had issues with mass graves near lakes and other bodies of water, fearing contamination. Some of the mink have already been moved, Rasmus Prehn informed. Both Environment Minister Lea Wermelin and Food Minister Rasmus Prehn acknowledged and regretted the mistakes made in the process.

“In the clear light of hindsight, one might think: 'It screams to heaven – how could that happen?' But now it has happened, and no one has had malign intents,” Prehn assured.

Also last week, Prime Minister Frederik erupted into tears and apologised for the handling of the crisis as she visited one of the affected mink farms.

“I don't see any issues with apologising for the course of events, because mistakes have been made,” Frederiksen said.

The universal cull was ordered in early November out of fears that a string of mutated coronavirus found in mink would render vaccines less effective and interfere with future inoculation. When the extermination programme was already running, it was found that the decision had no legal basis for the healthy animals. Despite the resignation of the country's food minister and protests by the mink farmers, the Danish Social Democrat government mustered the necessary support to continue with the gassing plan.

© REUTERS / ALEXANDROS AVRAMIDIS
Run for Your Life? Escaped Danish Mink Raises Fears of 'Permanent' COVID Reservoir
While individual culls have been made by several mink-breeding nations, Denmark, the world leader in the mink fur segment, is so far the only one to have ordered a blanket cull. According to the latest tally, over 10 million mink have been killed.

While Denmark is often praised for its high standard of living, it has attracted international criticism due to its attitudes towards animals. Bestiality was only banned in the country in 2015 (with the Liberal Alliance party voting against the ban). In 2014, the Copenhagen Zoo shot a 18-month-old giraffe considered unsuitable for breeding and fed it to lions in front of a gaping crowd which included children, despite a worldwide outcry and numerous pleas from other zoos wishing to provide the animal with a new home. Thirteen breeds of dogs are banned in Denmark, including the American Bulldog and pit bulls, and mixed-breed dogs derived from the banned breeds, and are euthanised when found. Denmark's seizure and euthanisation of a dog allegedly resembling a pit bull drove a 27-year-old man to commit suicide in 2015.