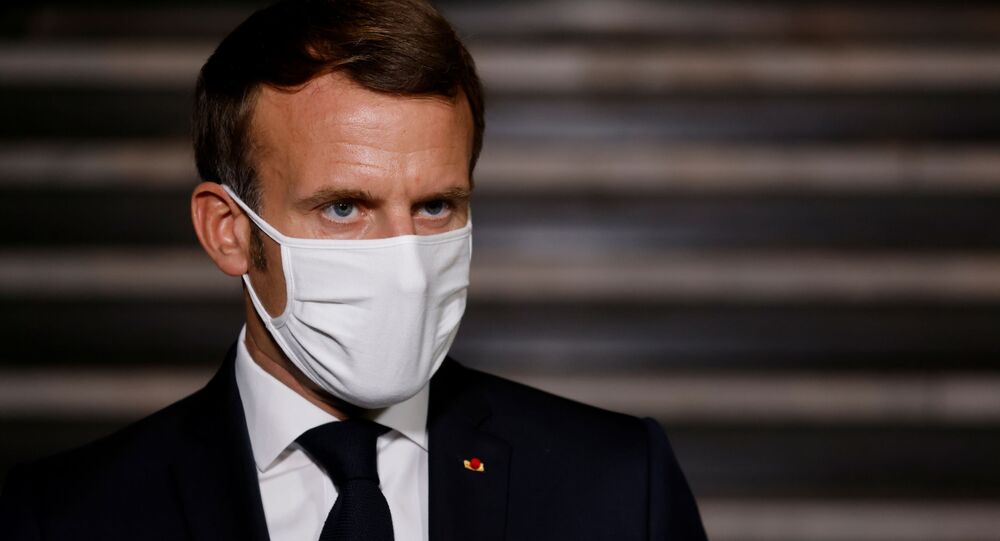 PARIS (Sputnik) - France has already reinforced measures aimed at combating radicalization across the country and will continue the fight in the wake of the brutal murder of a history teacher, President Emmanuel Macron said on Tuesday.

Last week, France was shaken by reports that history teacher Samuel Paty was beheaded by an 18-year-old man of Chechen origin in the outskirts of Paris after he showed cartoons of Islamic prophet Mohammad to his students, prompting outrage among some of Muslim parents. The suspected attacker was subsequently eliminated by security forces, and the investigation into the matter has since been opened. The government has ordered the implementation of a series of measures in the fight against Islamist threat, with Macron describing the killing as a "terrorist attack".

"We have stepped up measures to counter radicalization ... I have already said following the terrorist act that we intend to further reinforce measures in this direction. This is what all our fellow citizens expect. So actions will be intensified," Macron said during his address in the Paris suburb of Seine-Saint-Denis.

The president noted that over the recent days, the authorities had taken concrete actions against associations that spread the ideas of radical Islam.

The new measures to combat Islamist extremism include tightening security in French schools and are to enter into effect after the fall break. In addition, French Interior Minister Gerald Darmanin earlier this week demanded that a mosque in Seine-Saint-Denis, which posted a video criticizing the history teacher before his killing in the high-profile attack, be closed.

Marine Le Pen, the leader of the French right-wing National Rally party, in turn, said it was necessary to deport religious separatists of foreign origin advocating hatred from France.