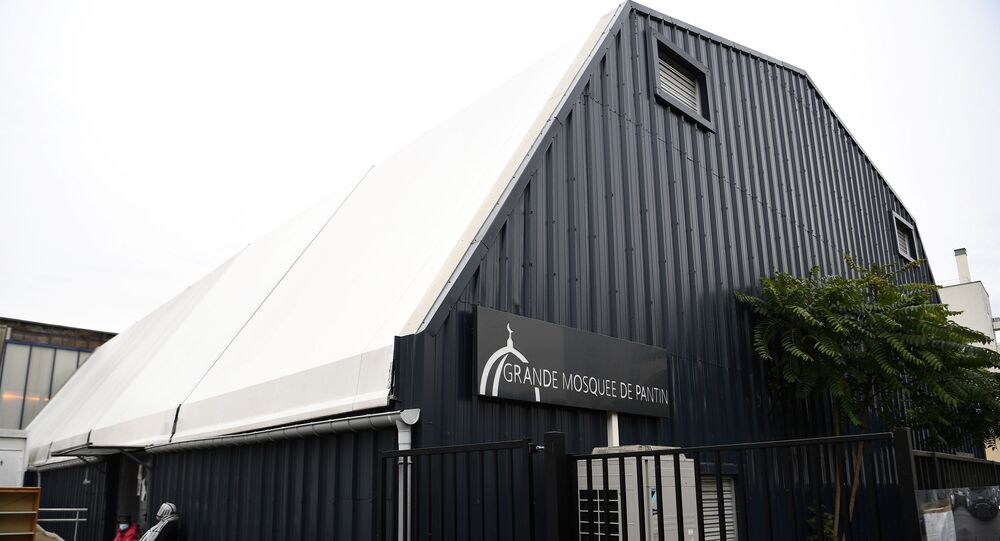 French authorities are to close the Grand Mosque de Pantin as part of a clampdown on radical teaching that has seen 15 arrests following the murder of high school teacher Samuel Paty after he showed his pupils a cartoon of the Prophet Mohammed.

The Mosque in Pantin, northeast of Paris, had reportedly published a video on its Facebook page days before Friday's murder, complaining about Paty's choice of material for a class discussion on freedom of expression.

The interior ministry said the mosque in Pantin, which is believed to have a congregation of around 1,500, would be shut on Wednesday night for six months.

The move comes after French Interior Minister Gerald Darmanin said on Monday that there would be "not a minute's respite for enemies of the Republic".

Darmanin had asked regional authorities to carry out the mosque closure while police have launched a series of raids targeting miilitant networks.

Paty, 47, was attacked on his way home from the junior high school where he taught in Conflans-Sainte-Honorine, northwest of Paris. A photo of the teacher and a message confessing to his murder was found on the mobile phone of his killer, 18-year-old Abdullakh Anzorov.

The murder was foreshadowed by a fierce online campaign against Paty and the school, led by the father of a schoolgirl who accused the teacher of disseminating "pornography" for showing an indecent cartoon of the prophet. The school said Paty had given Muslim pupils the choice to leave the classroom, but the lesson nevertheless caused an uproar.

The father who posted the video shared by the Pantin mosque is among 15 people arrested after the killing. Darmanin accused the father and the radical of having issued a "fatwa" against the teacher.

The head of the Pantin mosque, M'hammed Henniche, said he had shared the video not to "validate" the complaint about the cartoon, but out of concern for Muslim children being singled out in class.

Four pupils suspected of accepting payment for pointing Paty out to his killer are also in custody.

Tens of thousands of people took part in rallies across France on Sunday to honor Paty and defend freedom of expression.

Darmanin vowed the government would also tighten its grip on charities with suspected links to the militant networks. The killing has drawn parallels with the 2015 massacre at French satirical magazine Charlie Hebdo, where 12 people, including cartoonists, were murdered for publishing cartoons of the prophet.

The education minister, Jean-Michel Blanquer, said on Tuesday that Paty would be posthumously awarded France’s highest award, the Légion d’Honneur. A national ceremony will be held in his honour at the Sorbonne University in Paris on Wednesday.